AHEAD OF THE GAME: Arsenal under pressure to include a release clause in new contract offer to Bukayo Saka as they look to tie down the exciting English talent on a long-term deal

By Matt Hughes For The Daily Mail

Arsenal are under pressure to include a release clause in the new contract they are planning to offer Bukayo Saka, with formal talks with his representatives due to start at the end of the season.

The 20-year-old England forward effectively has two years left on his deal, as Arsenal have the option of triggering an additional 12 months to the three-year contract he signed in 2020, but the club want to tie him down for considerably longer.

Saka is happy at Arsenal and has a good relationship with manager Mikel Arteta, but he wants to play in the Champions League so may be reluctant to commit himself without an exit strategy. 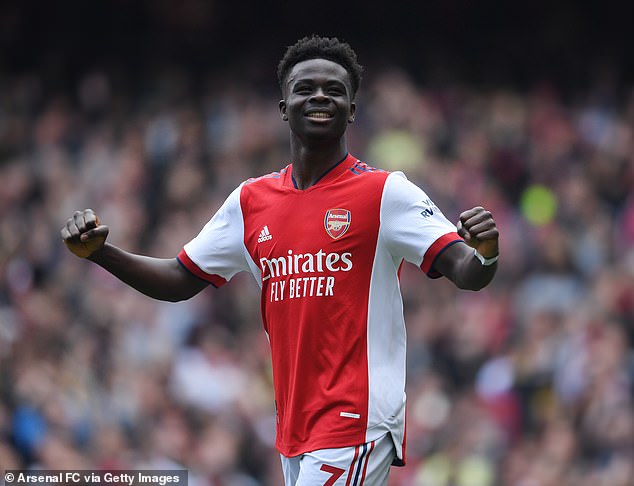 As with most of the big English clubs, Arsenal do not ordinarily insert release clauses into their players’ contracts to ensure they only ever sell from a position of strength, but they may be forced to make an exception for Saka.

Chelsea director Marina Granovskaia has told Chelsea’s prospective new owners that she is willing to stay on to run the club’s operations during this summer’s transfer window, but her long-term future at Stamford Bridge remains in doubt.

The Russian-Canadian businesswoman has worked closely with Roman Abramovich for 25 years and it is unclear if she is prepared to sever links with Chelsea’s former owner in order to keep her job despite having been on the club’s board for the last nine years.

Granovskaia’s willingness to lead Chelsea’s transfer talks in the short term remains a welcome boost however, as she is the best-connected executive at the club.

Manager Thomas Tuchel has complained Chelsea’s transfer plans are behind schedule due to the uncertainty created by the takeover battle and it promises to be a hectic summer, with replacements needed for Antonio Rudiger, Andreas Christensen, Cesar Azpilicueta and maybe Romelu Lukaku. 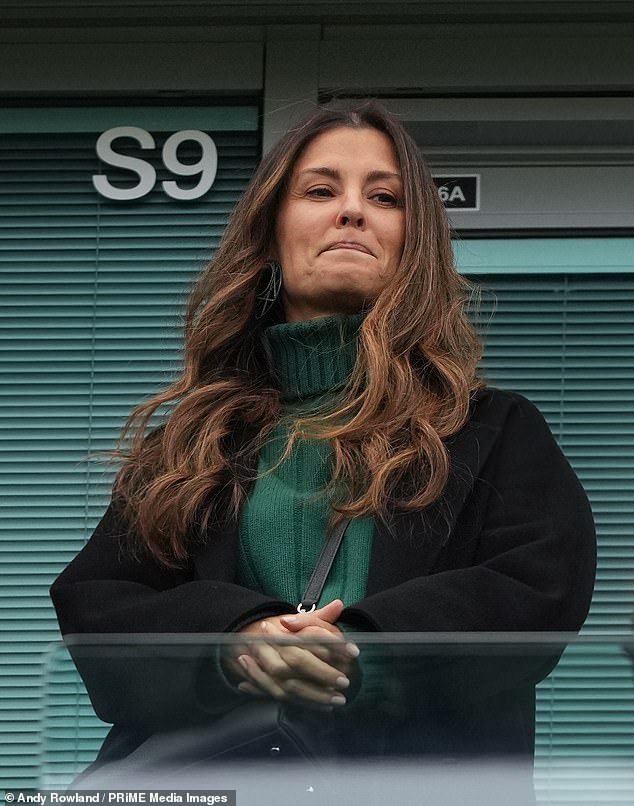 Erik Ten Hag will make his first public appearance as Manchester United manager when he is presented to the media at Old Trafford on Monday, 24 hours after attending their final game of the season at Crystal Palace.

The Dutchman is expecting a tough time in his first press conference as United boss, and has been preparing to give his explanation for the club’s decline in recent years, as well as fielding questions on his plans to overhaul an underachieving squad this summer.

Prospective Derby owner Chris Kirchner is in talks with the Clowes family about the local property developers buying Pride Park from Mel Morris — which would enable the American businessman’s £50million purchase of the club to go through.

Derby Council had been in talks with Morris about buying the stadium, but are understood to have baulked at his £20m asking price, which has placed Kirchner’s takeover in doubt as his offer for the club does not include the ground.

Under the proposed arrangement Clowes Developments would buy Pride Park and lease it back to Kirchner for use by the club.

Kirchner is reluctant to agree a similar arrangement with Morris due to fears that the former owner could choose to increase the rent at any point in the future. 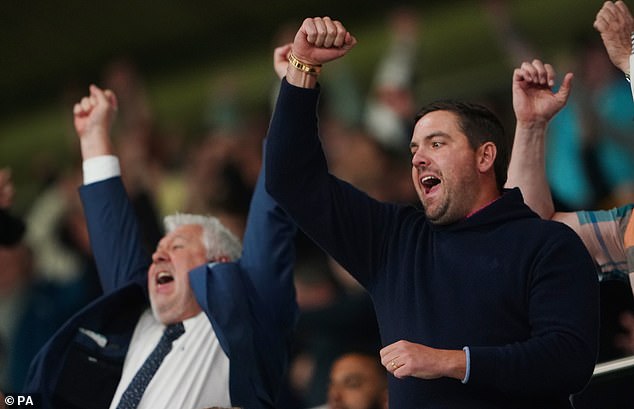 Sky Sports rejected the chance to show Everton’s 3-2 win over Crystal Palace that sealed their Premier League survival on Thursday as they wanted to show three matches that will decide the title and the final relegation place tomorrow.

Entering the final week of the campaign, Sky had six of the 128 live games they are entitled to broadcast each season remaining and opted to show Newcastle v Arsenal, Southampton v Liverpool and Aston Villa v Burnley this week, with Liverpool v Wolves, Manchester City v Villa and Brentford v Leeds to follow on Sunday.

Fellow rights-holders BT Sport have already used up all their live picks so have not shown any matches in the final week. 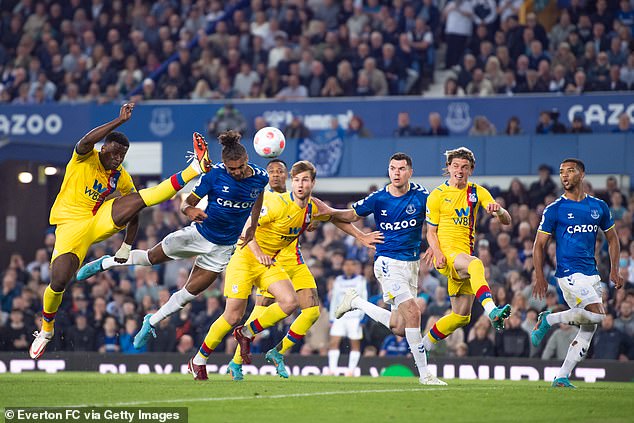