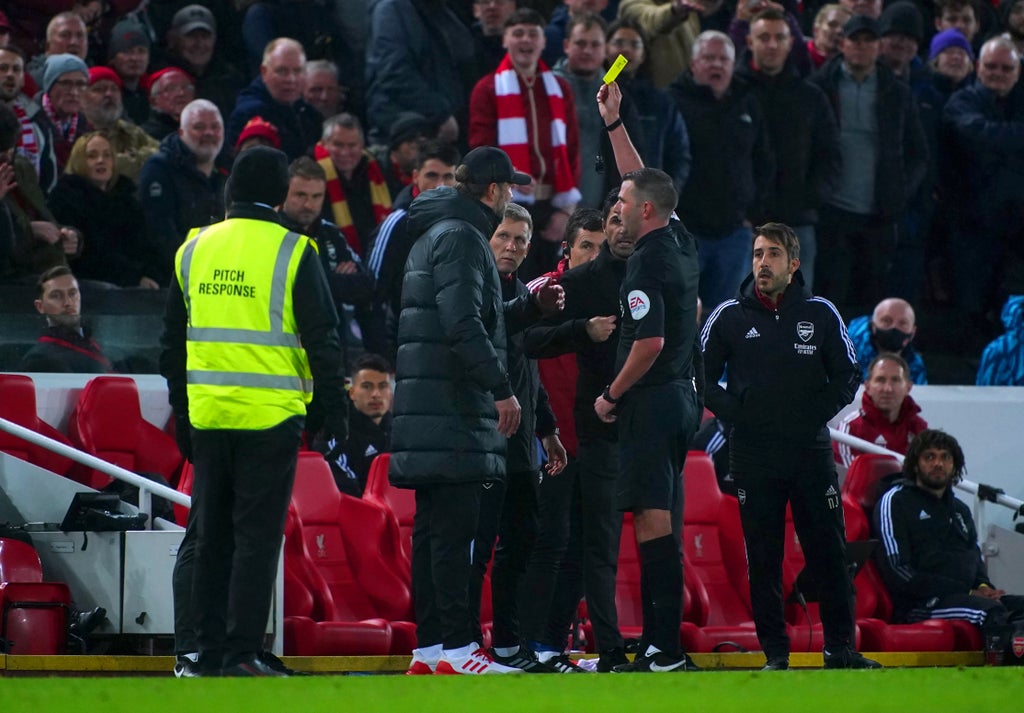 Arsenal boss Mikel Arteta has insisted he will always stick up for his players after his touchline spat with Liverpool counterpart Jurgen Klopp.

The two men clashed during the Gunners’ 4-0 Premier League defeat at Anfield last Saturday, with the Spaniard furious over Sadio Mane’s challenge on Takehiro Tomiyasu and the German unhappy with his reaction to it.

Asked if it was good for the players to see his passion, Arteta said: “I don’t know. It’s who I am. If I feel like this, I will react and if I feel I have to defend my players, I will do it.

“It’s part of our character. You have to be spontaneous and do what you do. I will always defend my club, my team and the players on the pitch.”

The defeat at Liverpool ended the Gunners’ 10-match unbeaten run in comprehensive fashion and served as something of a reality check.

However, what he saw in the dressing room in the immediate aftermath pleased Arteta.

Asked about the response he has had in training this week, he replied: “Not only there, I really liked the reaction that we had already in the dressing room at Anfield after the game and how some players showed leadership and described what happened in a really honest way and looked forward.

“There are always bumps in the road. There are results, there are injuries, there are issues that you have to deal with and I really like how the team has reacted through the week.”

Arteta has challenged his players to channel that disappointment into Saturday’s clash with winless Newcastle, now under new management with Eddie Howe who is currently isolating after testing positive for Covid-19, having replaced Steve Bruce as head coach.

The Gunners boss has already detected a shift in emphasis after viewing last weekend’s 3-3 draw with Brentford, but is determined to extend the Magpies’ miserable record at the Emirates, where they have lost on each of their last nine league visits.

He said: “Let’s keep going. But it’s a new game, obviously there are some changes happening there, you can see the momentum that it’s building is different.

“You can see the last game that they played as well, you see some different things, new manager, new coaching staff, so let’s be prepared.”

Meanwhile, Arteta has reminded his soon-to-be out of contract players, among them striker Alexandre Lacazette, what he expects from them after insisting talks over new deals will not take place until the end of the season.

He said: “The demands don’t change whether you have six months’ or six years’ contract. You’re still employed at the club, you are here because you are willing to be here and you have to perform. There is nothing different to expect from anybody.”