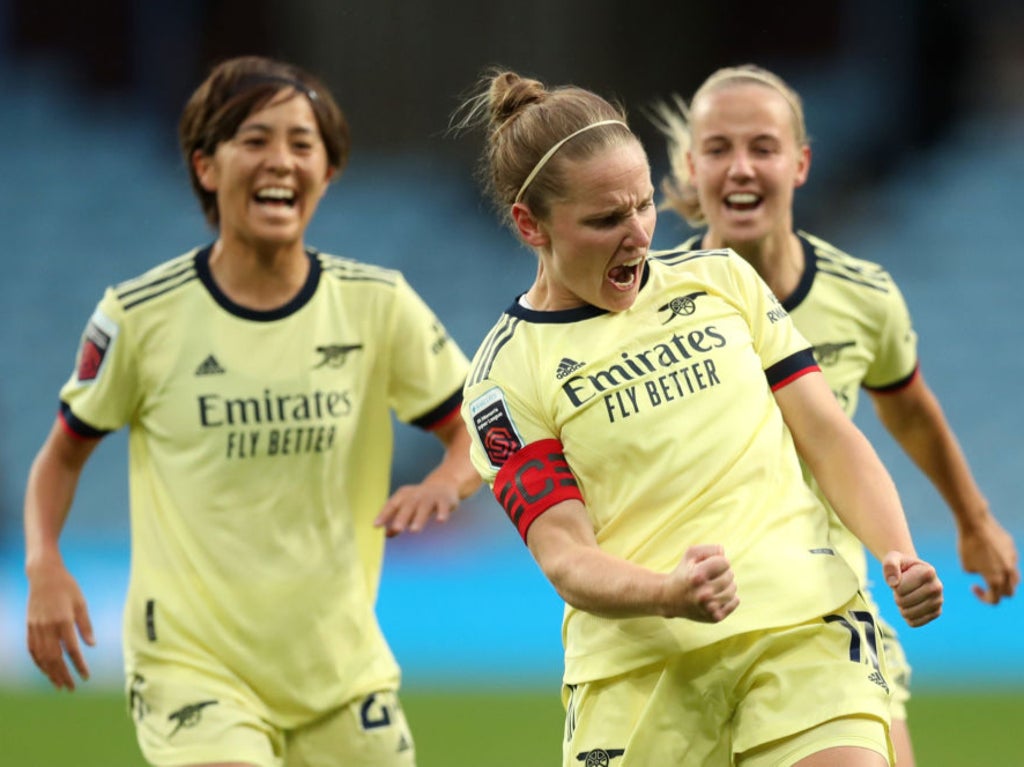 Mana Iwabuchi and Katie McCabe were also on target as the Gunners scored three late goals on their way to making it four wins out of four.

Villa’s Chantelle Boye-Hlorkah tested Manuela Zinsberger, but the Austrian goalkeeper was able to tip her effort over the bar, while Frida Maanum went close for Arsenal in the 39th minute but her shot flew wide.

Little broke the deadlock six minutes into the second half after receiving the ball from Lotte Wubben-Moy, turning and firing into the bottom right corner.

Mayumi Pacheco had a chance to equalise but her free-kick sailed just over the bar before a flurry of late Arsenal goals sealed the points in style.

Tobin Heath made ground down the left and set up Iwabuchi, who flicked the ball home from close range in the 80th minute.

And Little completed the scoring with a deflected shot which dipped over Hampton’s head.

Fran Kirby hit a hat-trick of assists in Chelsea’s 3-1 win over Brighton.

After a bright start the Blues scored in the ninth minute when a quick throw-in from Pernille Harder found Kirby, who crossed for Guro Reiten to slot the ball past Megan Walsh.

Aileen Whelan nearly got an equaliser but her curling free-kick was headed off the line by captain Magdalena Eriksson.

The home side grabbed their second in the 37th minute after Walsh failed to deal with a high ball into the area from Kirby and Sam Kerr was able to head home.

Brighton got a goal back two minutes into the second half when an unmarked Danielle Carter poked the ball into the bottom left corner.

But Kirby set Bethany England up for Chelsea’s third which the substitute smashed it into the top corner.