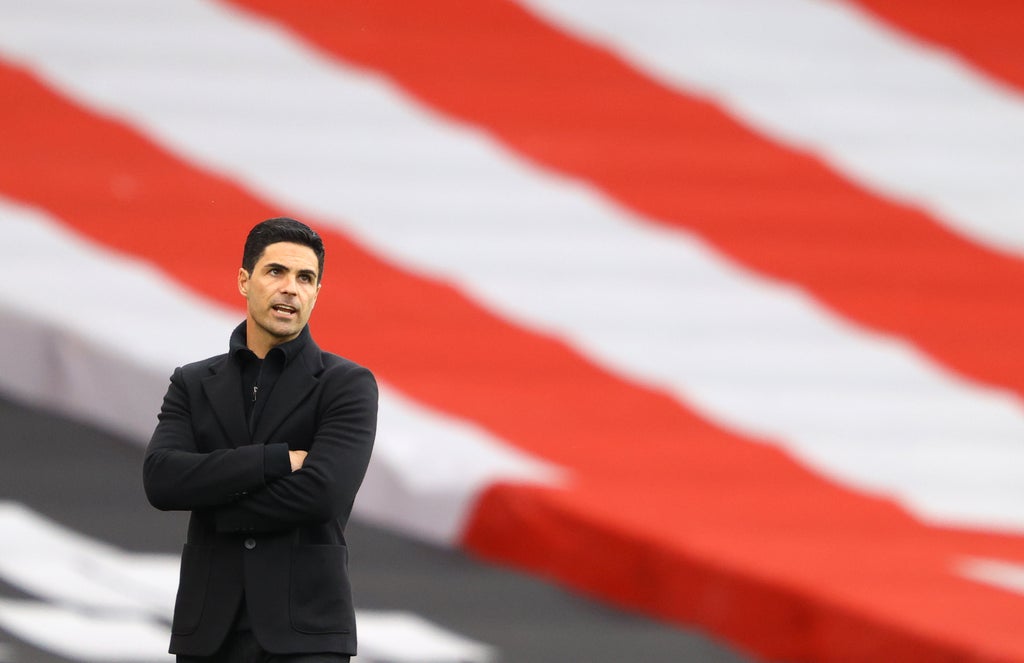 Arsenal boss Mikel Arteta has revealed the kind of abuse suffered by Steve Bruce has seen both prospective and current managers tell him they would now think twice about taking a job.

Bruce was sacked by Newcastle on Wednesday before detailing the level of abuse he and his family had suffered during his two-year stint in the north-east.

Having taken charge of his 1,000th match as a manager in Sunday’s 3-2 loss to Tottenham, Bruce admitted to the Daily Telegraph the Newcastle post could be his “last job” due to the criticism he faced.

Several Premier League managers have come out in support of the former Manchester United captain but Arteta has spoken to several people privately who he says are now contemplating not taking positions because of Bruce’s words.

“Yes, a lot of people think like that,” he replied when asked if he was worried younger people might be put off management.

“I heard a lot, and I have a lot of friends who are doing the courses, who doubted whether they want to take the hot seat, or whether it is better to be an assistant or something else.

“For me this cannot be the barrier, because you have fear about the treatment you are going to receive. I think the enjoyment as well is that big, that it should not stop you.

“But it is important that we take care a little bit of the environment and putting things in the right place. If not I don’t think it will get better. I think it will get worse if we don’t do anything about it.”

“And people who have been managers already. Experienced managers, and they are thinking about not doing it again.”

Arteta, whose first managerial role came when he took over at Arsenal in December 2019, also offered a glimpse into the advice he offers to those who reach out.

“You cannot lose the focus, the passion and the love,” he said.

“The reason why you made the decision in the first place to do that. If you are affected by every single opinion in life nowadays, with how easy you can read stuff about yourself, you are not going to be happy with whatever you do.

“Criticism and opinions can you make you better and you have to listen to that when it comes from the right place.

Arteta believes Bruce speaking out about being called “useless, a fat waste of space, a stupid, tactically inept cabbage-head” also shows the need for improvements to be made on how managers can be criticised.

“I was really sad after reading that statement from Steve,” he said.

“First of all, because I know him personally, and secondly, because of what he transmitted in his words.

“You’re talking about somebody who has been in the game for over 40 years as a player and as a manager.

“I think we have to reflect. We can’t take for granted and accept certain things because they are how they are.

“No, we are here as well to improve them and change them, like we do with any rules, with any fixture list and we have with anything that we want to improve for our sport, fans, stadium, facilities and broadcasts.”