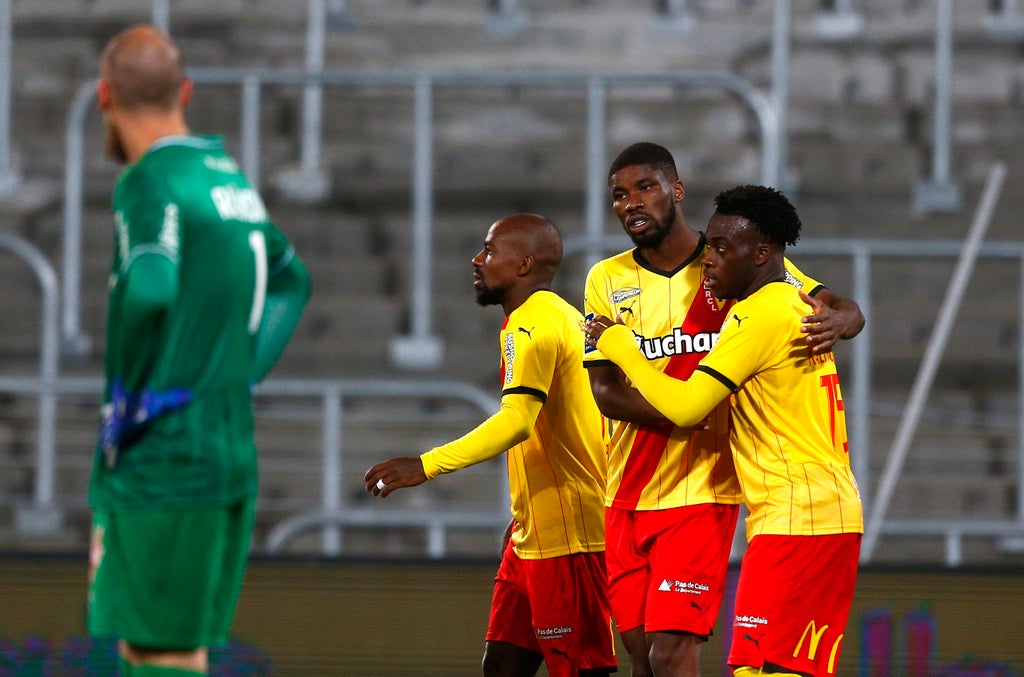 Arnaud Kalimuendo’s double secured Lens a 2-0 home win against Reims and kept his side in touch with Ligue 1 leaders Paris St Germain.

Kalimuendo, on loan from PSG converted a penalty in first-half stoppage time after Hugo Ekitike had been dismissed for his foul on Kevin Danso.

The hosts doubled their lead seven minutes into the second half when Kalimuendo raced onto Florian Sotoca’s through-ball to finish.

Lens’ fifth league win of the season keeps them second in the table, six points behind PSG and four clear of third-placed Marseille.

In Spain, Raul Garcia struck the only goal as Athletic Bilbao beat Alaves 1-0 to climb up to sixth in LaLiga.

Athletic midfielder Garcia’s header just before the interval was enough to secure his side’s third league win of the campaign and keep Alaves in the bottom three.

Furth took a shock early lead through Marco Meyerhofer’s angled finish and led 1-0 at the break.

Cologne equalised soon after the restart through Sweden forward Sebastian Andersson’s first goal of the season and Skhiri fired them ahead five minutes later before adding his second on the counter-attack in the closing stages.

Victory was Cologne’s third in the Bundesliga this season and lifted them up to sixth in the table, while Furth remain rock-bottom and winless after their first seven games following promotion last summer.

In Serie A, Gianluca Busio’s stoppage-time equaliser clinched Venezia a 1-1 draw at Cagliari who were denied their first league win of the season.

Teenage United States forward Busio, signed in the summer from Kansas City, struck his first goal for Venezia in the second minute of stoppage time to cancel out Keita Balde’s first-half header.

Venezia moved one point clear of the relegation zone, while Cagliari remain second-from-bottom and winless after seven matches.