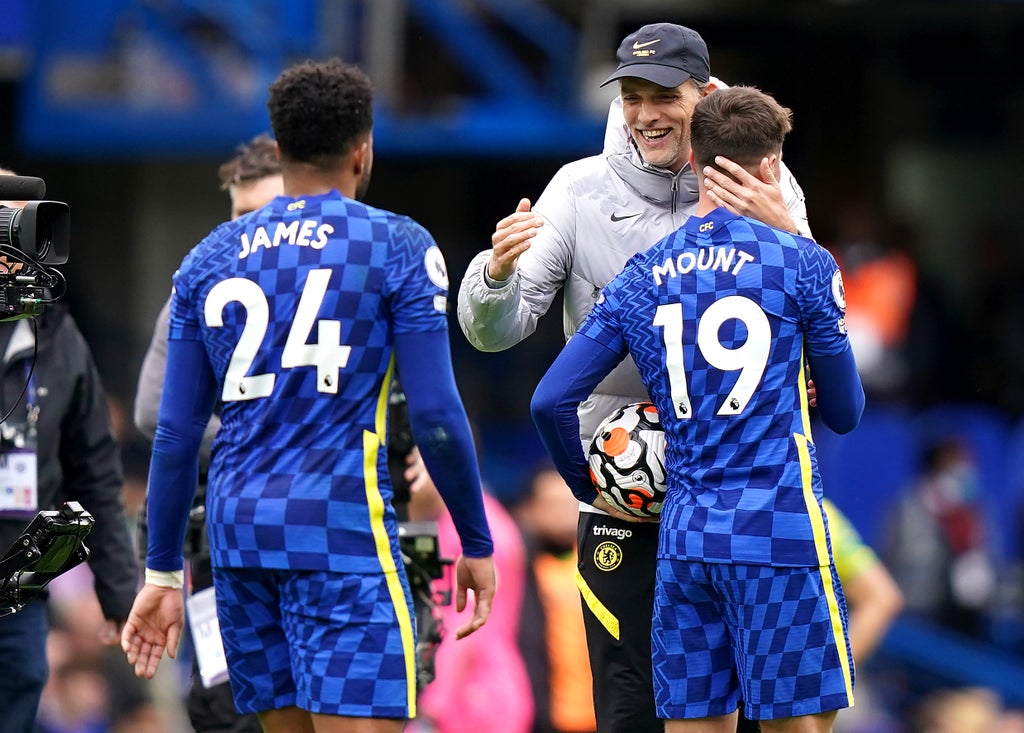 Thomas Tuchel has heaped praise on Chelsea’s increasing ability to cope with their regular status as favourites.

The Blues swept past sorry Norwich 7-0 at Stamford Bridge on Saturday to ensure they would end the weekend at the top of the Premier League table.

The Champions League holders have racked up 11 goals in four days, following Wednesday’s 4-0 drubbing of Malmo.

A suitably impressed Tuchel revealed his pride at the Blues’ new-found comfort in the challenge of dominating opponents.

“It was our fourth consecutive game as favourites and I like how we approach these games.

“There is no judging and there is no holding back. We played all in and that is what I like a lot, that’s why we deserve these victories at the moment and that’s the key.

“I’m very pleased that the wing-backs arrived in the box and that we have the freedom and we have constantly the spirit to attack the box and the spaces around the box and to score goals.

“It’s important that we bring bodies to the end of our attacks, it makes things easier.

“But I don’t want to get carried away too much because we play now four times in a row as favourites and I like the way we approach these games.

“It’s a humble approach and it’s an approach where we set our standards and we push ourselves and we play all in every match and are not distracted by the role which we are maybe seen in before the match.

“This is important and we have to keep on going in this way and anything is possible.”

Norwich had defender Ben Gibson sent off for two yellow cards to add insult to a day that proved injurious in the extreme.

Asked if Chelsea are Premier League favourites, Farke replied: “Yes, at the moment it can’t be harder coming here than the toughest task in world football.

“Even with our best possible performance against a good Chelsea side, we would have no chance. They were very fluent.”

Farke insisted his candour about winless Norwich’s minute chances of victory at Stamford Bridge represented mere truth rather than defeatism however.

“Games like this will not define our season, even with the manner of the defeat,” said Farke.

“Our season-defining results are our home games against teams like Brighton last time out, and against Leeds next time, where we need to win points.

“Yes we are not happy, but our most important games are coming at home, that’s for sure.”