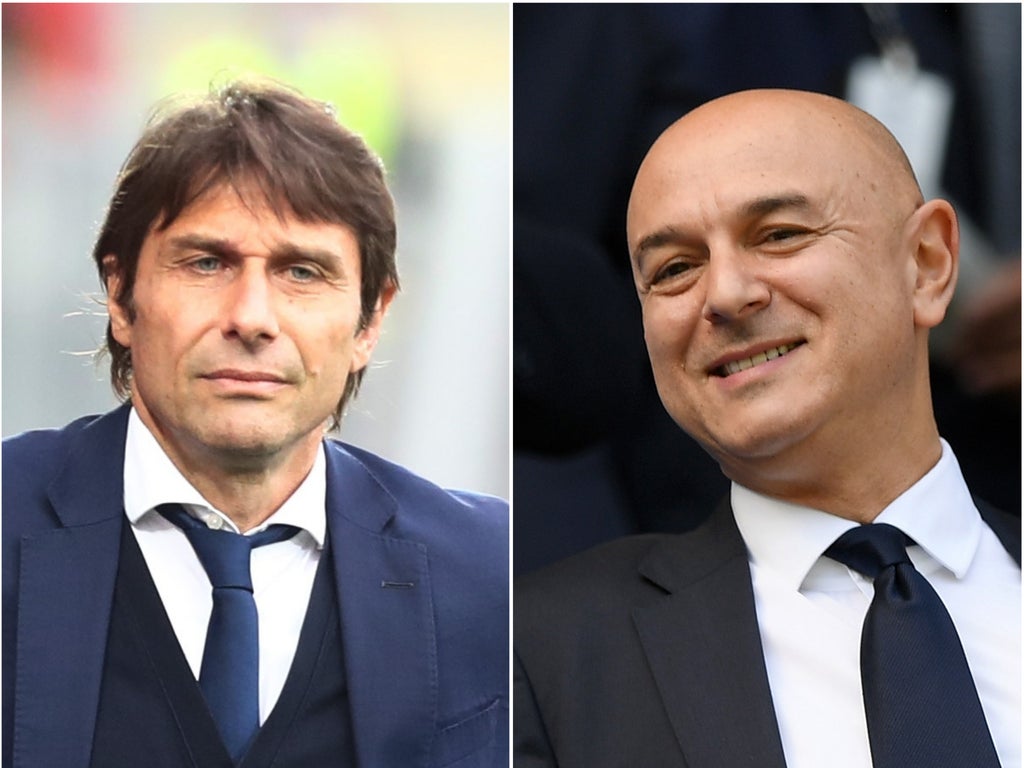 Antonio Conte has revealed that Tottenham chairman Daniel Levy played a vital role in the Italian’s decision to join the north London club.

Conte was announced as Spurs’ new head coach on Tuesday, following the sacking of Nuno Espirito Santo on Monday.

Nuno lasted just four months in charge after being appointed in June, when Tottenham were unable to acquire the services of Conte, who won the Premier League and FA Cup with Chelsea between 2016 and 2018.

“I am extremely happy to return to coaching, and to do so at a Premier League club that has the ambition to be a protagonist again,” Conte said upon the announcement of his arrival.

“Tottenham Hotspur has state-of-the-art facilities and one of the best stadiums in the world.

“I can’t wait to start working to convey to the team and the fans the passion, mentality and determination that have always distinguished me, as a player and as a coach.

“Last summer our union did not happen because the end of my relationship with Inter was still too recent and emotionally too involved with the end of the season, so I felt that it wasn’t yet the right time to return to coaching.

“But the contagious enthusiasm and determination of Daniel Levy in wanting to entrust me with this task had already hit the mark. Now that the opportunity has returned, I have chosen to take it with great conviction.”

Spurs’ sporting director Fabio Paratici added: “We are delighted to welcome Antonio to the Club. His track record speaks for itself, with vast experience and trophies in both Italy and England.

“I know first-hand the qualities Antonio can bring to us, having worked with him at Juventus, and look forward to seeing his work with our talented group of players.”

A Spurs statement, meanwhile, read: “Further news on Antonio’s coaching staff will follow in due course.”

Conte, 52, joins Spurs with the club ninth in the Premier League table.

Former Italy midfielder Conte, who made just shy of 300 appearances for Juventus between 1991 and 2004, went on to coach Juve from 2011 to 2014. He guided the Turin club to three straight Serie A titles and two Supercoppa trophies.

He also managed the Italian national team between 2014 and 2016, immediately before his spell at Chelsea. Prior to coaching Italy, Conte managed Atalanta, Siena, Bari and Arezzo.