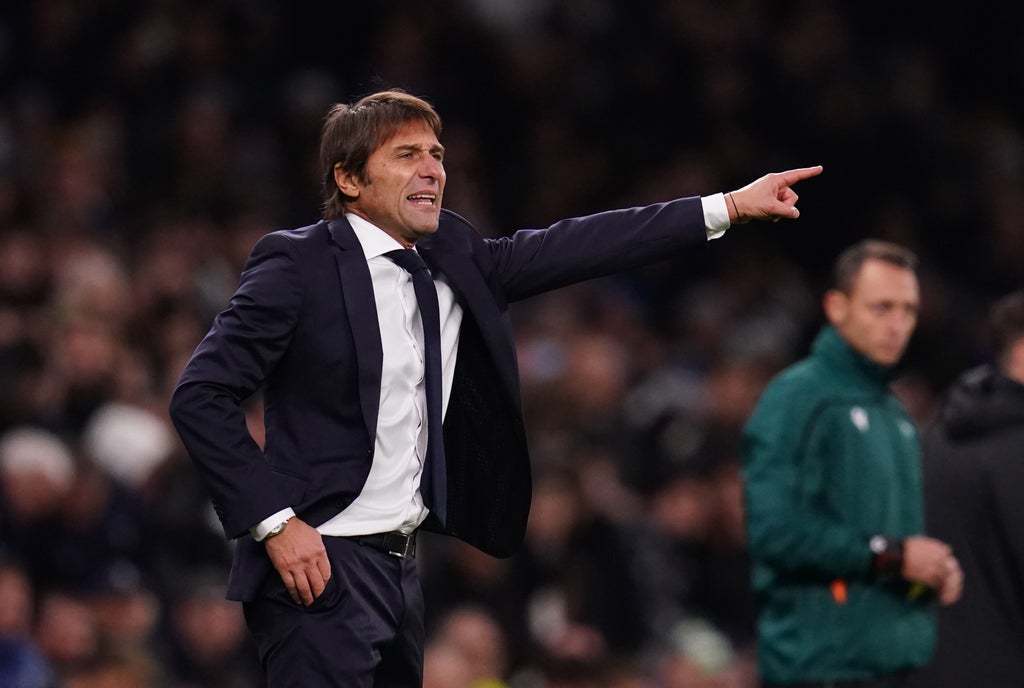 Antonio Conte has called for patience as he tries to take Tottenham back to the top table of English football.

Conte got the full Spurs experience as they won 3-2 against Vitesse Arnhem in his first game in charge since taking over from Nuno Espírito Santo.

They were 3-0 up inside 30 minutes of the Europa Conference League Group G as Son Heung-min’s opener, a Lucas Moura strike and Jacob Rasmussen’s own goal put them in control.

But Rasmussen scored at the right end and then Matus Bero made it 3-2 before the break. When Cristian Romero was sent off on the hour Spurs were on the rack until two red cards in quick succession for Danilho Doekhi and Markus Schubert eased the pressure.

Conte, who has won league titles at Juventus, Chelsea and Inter Milan has arrived at a club with a brilliant infrastructure in the shape of their new £1billion stadium and impressive training ground.

But the Italian knows Spurs are a long way off matching that on the pitch.

“This time and I, we need to work together to bring them my idea of football and to work tactical aspects, physical aspects, to know them, much better than now.

“This is the only aspect that I am a bit scared, a bit afraid. But I know that there is this type of situation, and for this reason, we need a bit of patience.

“And I know that I have to be patient. Because is a situation that we don’t have too much time to work.

“For sure, this club has great potential. I was enthusiastic about the stadium, about the training ground, maybe in the world I don’t know if another club has this.

“I think it was one of the reasons I accepted them to come here. Because I know that here, I can work in the way that I like.

“And the club is a top club. And I want to repay the club. About the trust that they showed me. And for sure now in this moment, we have to focus on the pitch, on the football aspect.

“To try to bring at the same level is very difficult. I think the club with the stadium, with the training ground is for me the best in the world maybe. I have never seen this type of situation. The players and I, we should work, we should work a lot, we want to improve the football aspect.”

It was a chaotic night at the Tottenham Hotspur Stadium, with five first-half goals and three red cards, and it was a game Conte was not keen on repeating.

“My first impression, a crazy game a crazy game because we were winning 3-0 and I think we were dominating the game, created many chances to score other goals,” he said.

“Instead in 10 minutes we conceded two goals. In that moment, we lost a bit of confidence. I think we have to work also in this aspect.

“But we should win and we won. For sure.

“But [people] who know me very well, [know that] I don’t like when this type of game, this crazy game, I call them a crazy game.

“I want a stable team, when there’s a possibility to kill opponent, you must kill. But for sure, my players showed me great commitment, great resilience, and I think this is a good aspect. I think this team needs to win also suffering. It was important today.”