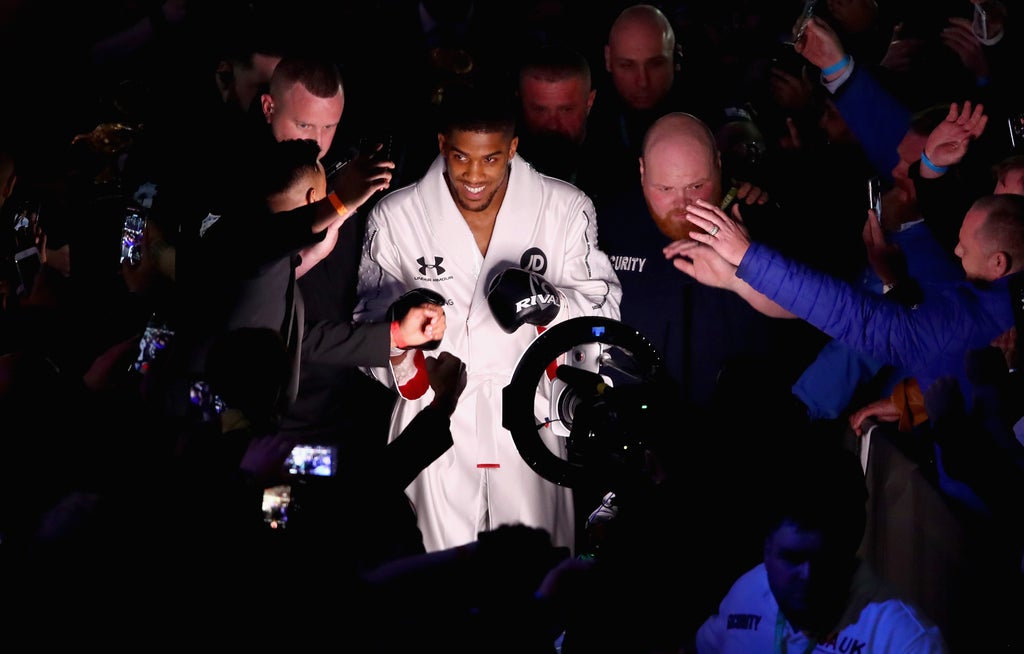 Anthony Joshua is set for his biggest fight on British soil in almost three years when he takes on the undefeated Oleksandr Usyk at a packed Tottenham Hotspur Stadium tonight.

Joshua defended his WBO, WBA and IFB belts against Kubrat Pulev in front of a limited crowd of 1,000 fans at the Wembley Arena in his last fight last December.

The 31-year-old faced Andy Ruiz Jr in the US and Saudi Arabia in 2019, as he lost his unbeaten record in a stunning upset before reclaiming his world titles six months later.

Joshua has not fought in front of a capacity crowd in the UK since he defeated Alexander Povetkin at Wembley Stadium in September 2018, and he will need the full support of those inside the stadium in north London if he is to defeat the dangerous challenger Usyk.

Here’s everything you need to know ahead of tonight’s fight.