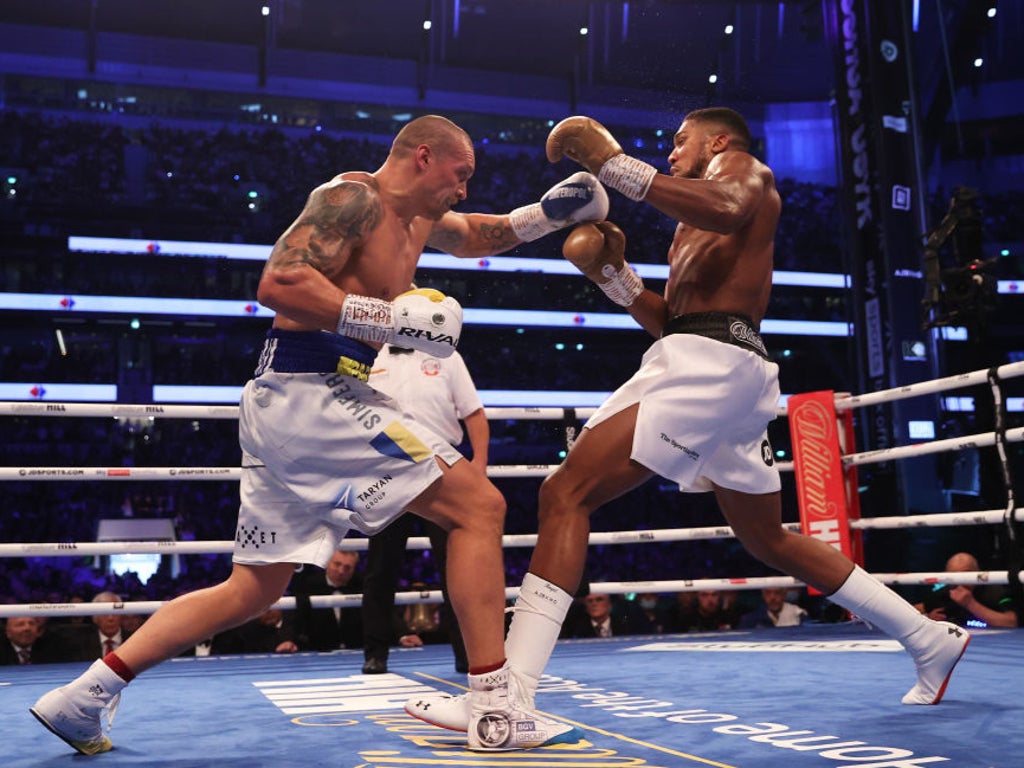 Anthony Joshua’s rematch against Oleksandr Usyk is expected to take place in England in February or March next year, according to promoter Eddie Hearn.

The British heavyweight relinquished his three world heavyweight titles on Saturday night as he lost to Ukrainian Oleksandr Usyk by unanimous decision.

Now Joshua will go in search of revenge and Hearn insists that could come in five or six months time as they target the early part of 2022.

Speaking to iFL TV, he said: “He has got the chance in February or March of next year to become the unified world heavyweight champion. Forget that he lost it yesterday (Saturday), that is the opportunity that has presented itself and that is a blessing. So we take that with both hands.”

When asked where the rematch will take place, he then added: “Very likely to happen in the UK, but we’ll sit down and look at the options.

“So I’d like to do it in England again. Maybe at Spurs, maybe at Wembley, maybe at the Emirates. They’ll be approaches to do it elsewhere but I don’t see any reason to take it outside of England.”

Joshua’s clash with Usyk was his first stadium fight in Britain since he knocked out Alexander Povetkin at Wembley Stadium in September 2018.

The 31-year-old had won his previous four stadium fights in the UK before Saturday night, with wins against Povetkin, Joseph Parker, Carlos Takam and his most famous victory against Wladimir Klitschko.

He became a two-weight world champion when he reclaimed his heavyweight belts against Andy Ruiz Jr in Saudi Arabia, six months after losing them to the same man in June 2019.

Now he will look to become a three-time champion when he attempts to exact revenge on Usyk.