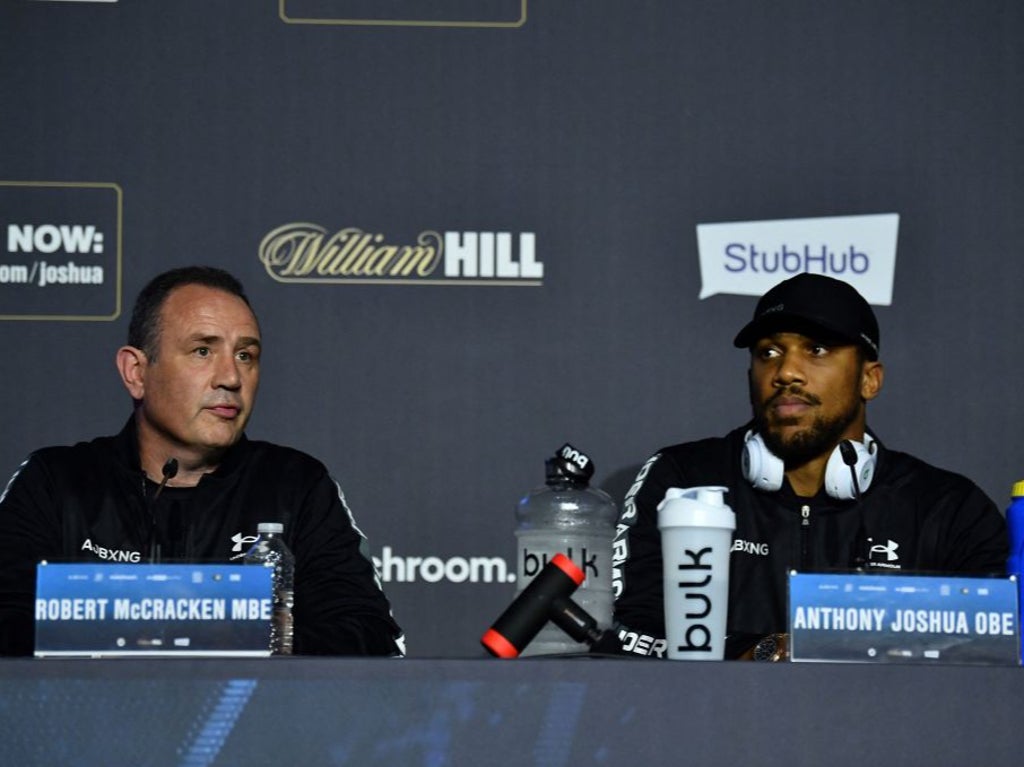 Anthony Joshua should stick with trainer Rob McCracken for his huge rematch against Oleksandr Usyk, according to legendary British boxer Ricky Hatton.

The 32-year-old Joshua, who relinquished his three world heavyweight titles against the Ukrainian last month, has been spending a lengthy period of time in America following his unanimous decision defeat at the Tottenham Hotspur Stadium.

Joshua has enjoyed some brief link-ups with well-respected trainers Virgil Hunter, Eddy Reynoso, Ronnie Shields and Robert Garcia during his time in the US.

But Hatton feels the two-time heavyweight champion would be better off sticking with McCracken, who has coached Joshua since his professional debut.

Speaking to The Mail, he said: “They’re obviously good trainers. They’re proven in their achievements; as a coach myself, they’ve achieved what I’m aspiring to do. When I went with Floyd Mayweather Sr, he showed me a few little moves and bits to add to my game. It was all new and different, it raises your confidence and I think that’s what AJ needs.

“He’s been with Robert since day one, and though they and the set-up at Team GB have done a momentous job, he might just want to reinvent himself.

“If he wanted my advice, why doesn’t Rob go to American with him and work together? Rob can describe to the coach AJ picks how he ticks, how he likes to operate.

“Let’s get it right, if he goes to a new coach, they’re starting from scratch. A coach has to know a fighter, what he prefers, what he doesn’t like. If Rob goes over with him, I think that’s the smartest move they could make.”

But he has come under fire for the tactics used against Usyk as the Brit attempted to box the former undisputed cruiserweight champion.

Usyk-Joshua II is set to take place in the first quarter of next year, with the IBF, WBA and WBO world titles on the line.