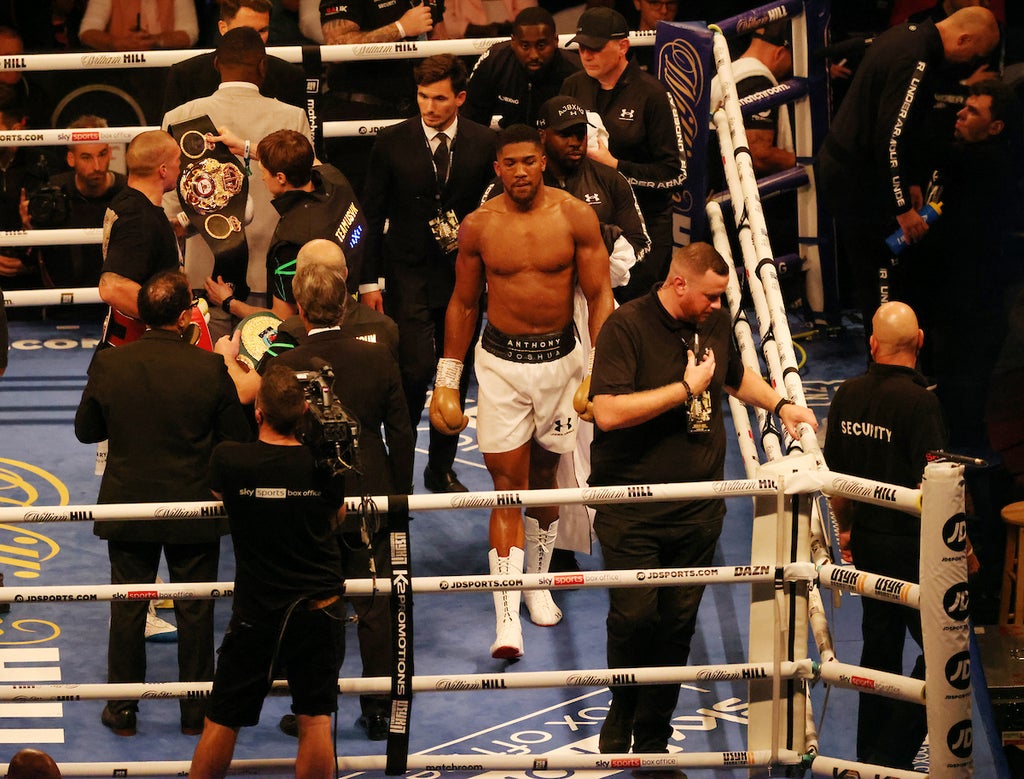 Usyk claimed a stunning unanimous decision win at Tottenham Hotspur Stadium after the judges scores of 117-112, 116-112 and 115-113 confirmed a dominant victory.

“I said if Joshua tried to box he was always going to lose,” Whyte told BBC Radio 5 Live. “If he had come out and bullied him and pushed the pace and let his hands go he could have knocked him out in the first even round.

“But he came out and was being too negative he seemed like a gun shy fighter. You are the bigger man, have a go. I don’t know, he lacked ambition in the ring there tonight.

“The first round, Usyk landed the first strong blow and Joshua was a negative fighter. He got tagged with a left and he was worried the whole time.”

Whyte will next face Otto Wallin on 30 October at the O2, but vowed he would have a “shootout” with Usyk if ever given an opportunity.

He added: “I have to go through Wallin first, after we will see. But I tell you what, I will not be losing to an overall decision like that, I can tell you that now.

Joshua’s promoter Eddie Hearn said the camp were “gutted” at the defeat and admitted Joshua got the fight wrong.

“We have obviously been here before, but this time we are here against a pound-for-pound great fighter,” Hearn said. “The (Andy) Ruiz defeat was difficult to take because it was a shock to the system.

“It was all the things we worried about in the fight before, the over-thinking, trying to stand and box with him, and he took too many shots early.

“Usyk went through the gears and was a bit more aggressive than I thought he was going to be. He was the deserved winner tonight.”

Carl Froch, the former super-middleweight world champion, felt Usyk was worth his victory.

He said: “All the boxing purists who know the game, we always knew Oleksandr Usyk could out-perform AJ, out-box him and beat him on points.

“I don’t think any of us knew he could do it in such a manner. Towards the end, he took control, then started to beat him up when he didn’t need to.

“That was a boxing match and a proper fight, which in the end Oleksandr Usyk was in control of. He deserves every credit.

“Anthony Joshua did his part, he tried to box with him and work the body at time, but it wasn’t enough, he simply wasn’t good enough.”

“AJ has brought some of the most special nights in British Boxing history. Tonight he lost to a very special fighter. A once in a lifetime fighter,” Crolla wrote on Twitter.