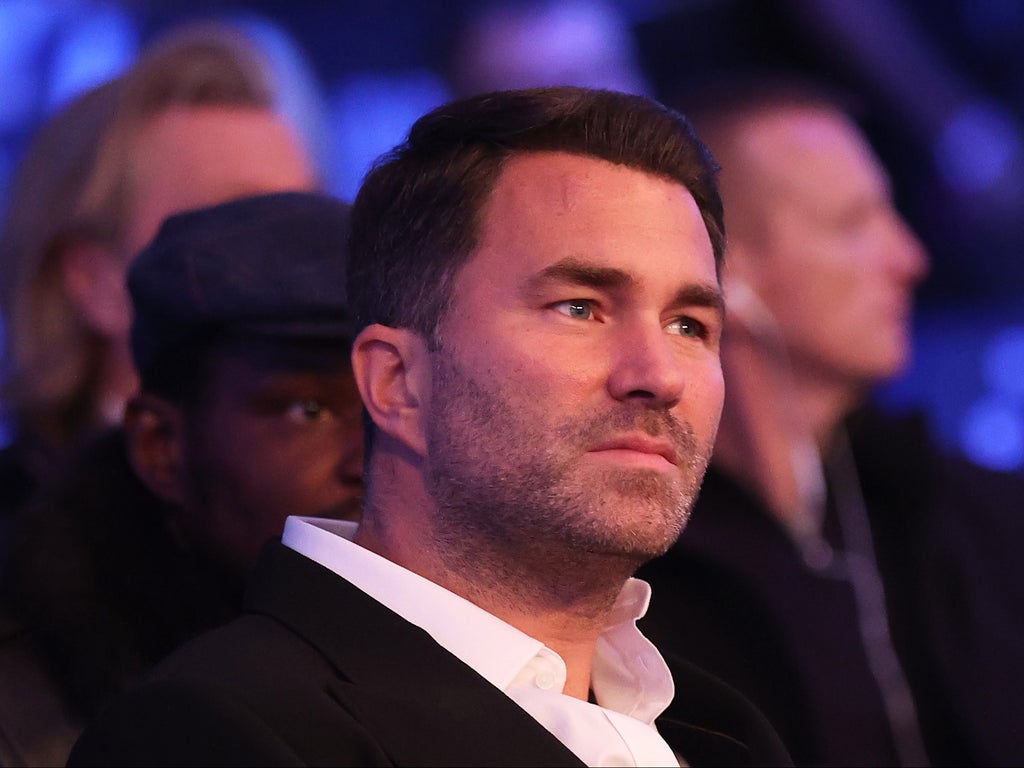 The former undisputed world cruiserweight champion put on a masterclass of heavyweight boxing in an electric atmosphere at Tottenham Hotspur Stadium to become world heavyweight king for the first time.

Joshua finished the bout slumped against the ropes as his smaller foe looked for a dramatic finish and while it was not forthcoming, Usyk claimed the WBA, IBF and WBO titles after he was given the nod by all three judges.

Scores of 117-112, 116-112 and 115-113 were just reward after a near-masterclass from the unbeaten Usyk, who became only the third fighter after Evander Holyfield and David Haye to win world titles at cruiserweight and heavyweight.

Joshua, who was obligated to face WBO mandatory challenger Usyk after a bout against Fury fell through earlier this year, seemed accepting of the result when the scores came as he suffered just the second defeat of his career.

And promoter Hearn admits Joshua will be hurt by the result and the manner of it.

“A devastating defeat,” Hearn admitted afterwards. “Usyk is very fit, he’s got great feet, he threw a lot of punches.

“He was probably a bit more aggressive than anticipated. It was a tough defeat. He got beat by the better man on the night.

“It’s going to be difficult because Usyk’s confidence will be sky high. He [Joshua] will want to go straight back into the rematch.

“The desire is still there. He can do so much better in that fight.”