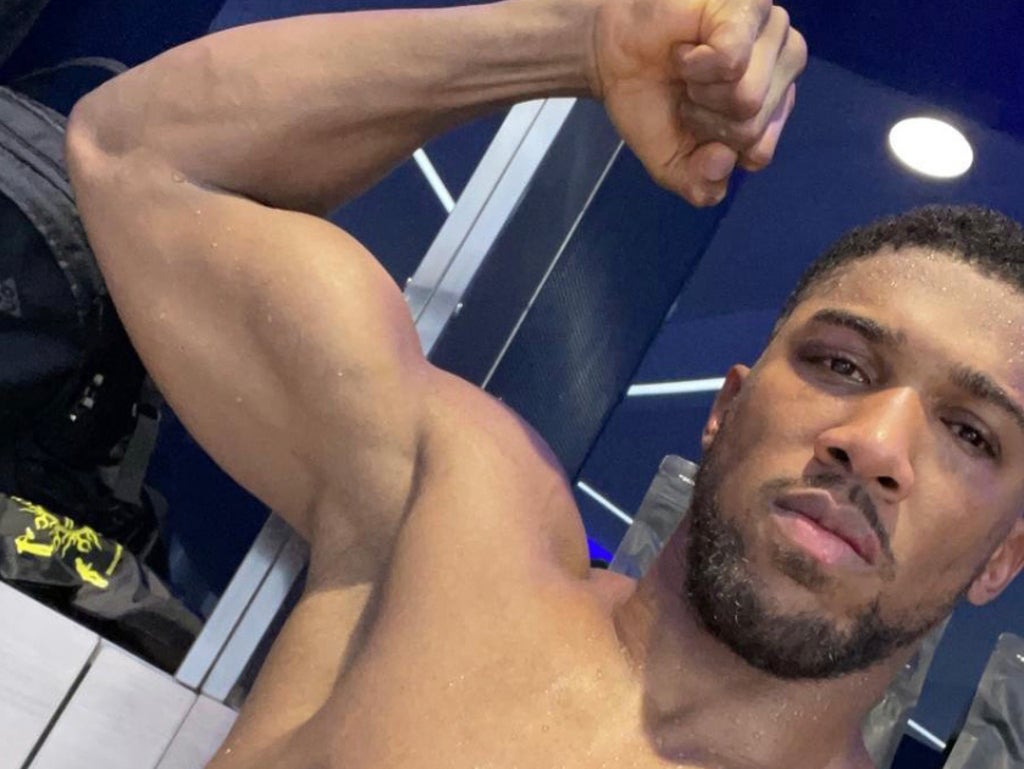 Anthony Joshua has vowed to “keep positive” in the wake of his devastating defeat at the hands of Oleksandr Usyk on Saturday night.

The Ukrainian produced a flawless display to hand Joshua a second defeat of his professional career and dethrone him as IBF, WBO and WBA heavyweight champ.

“Keep positive even if the world’s crumbling in front of you!,” Joshua tweeted after the fight. “London I love you and thank you each and every time!”

Joshua has a rematch clause and promoter Eddie Hearn suggests he’ll be ready to trigger it after a chastening defeat.

“The fighter in AJ is already talking about winning the rematch,” Hearn said after the fight. “It was a tough defeat. I had it reasonably close in the eighth and then Usyk ran away with it. If that happens again, he will get beat again.

“Usyk’s confidence will be sky high. He has to impose himself but when you get to the level of AJ, there are no 10-round comeback fights or warm ups. You are straight into the fight. He will be an underdog in that rematch. He chose to take on a pound for pound great tonight, and it didn’t work out. He deserves credit for that but this is sport.

“This is his life and he lives and breathes boxing. Boxing saved him. Boxing made him and he won’t fall out of love with the game. When you do, is the time to walk away. The desire will still be there but you have to be good enough. That was an average performance by AJ. he can do so much better but he’s facing a pound for pound great. You can criticise him but he is facing the best.

“There is a new unified world heavyweight champion. There is no point sulking about it. He will go again, but tonight belongs to Usyk.”