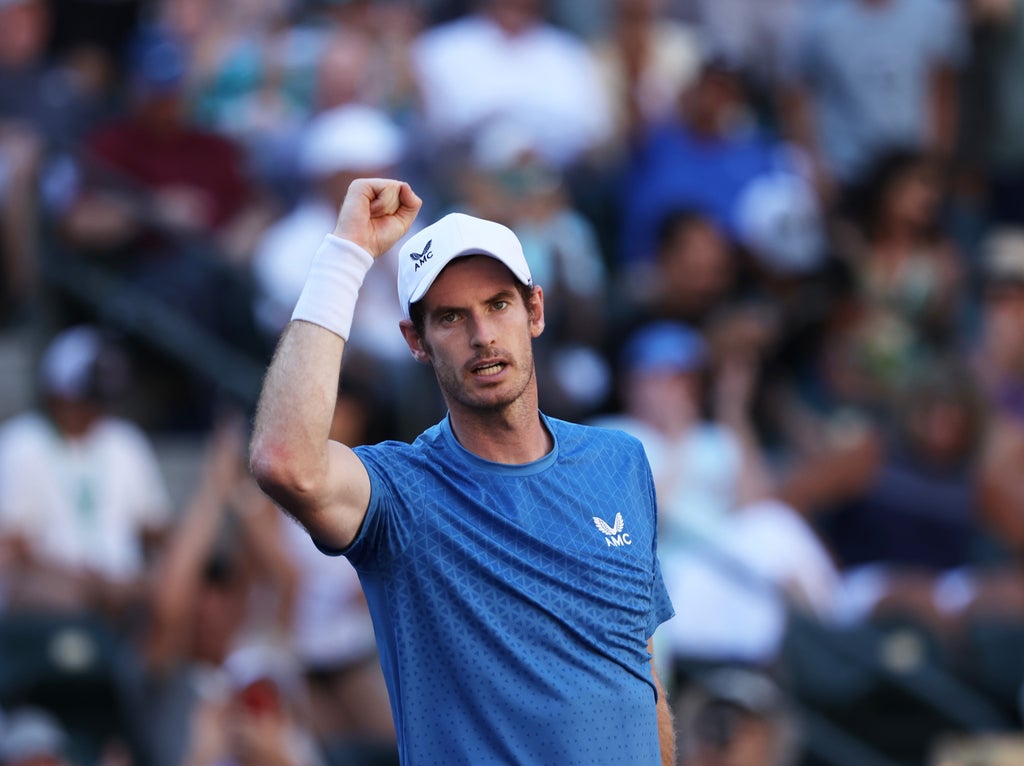 Andy Murray has defended his use of an underarm serve in his comeback win against Carlos Alcaraz at Indian Wells.

The former world No1 defeated the 18-year-old 5-7 6-3 6-2 in a three-hour battle on Sunday, reaching the third round of the Masters tournament in the process.

The California crowd expressed their disapproval of Murray’s use of an underarm serve, however, booing the Scot after he scored an ace with the technique at the start of the second set.

The underarm save is typically a divisive tactic in tennis, with many fans admiring the cheek involved in using it, while others see it as disrespectful. Indeed, Murray drew a mixed reaction when he pulled it off on Sunday.

The three-time Grand Slam champion later defended his use of the underarm serve, per talkSPORT, saying: “If you look where [Alvaraz] was standing at the beginning of the match to return the first serve, in comparison… he changed that at the end of the first set.

“He started returning from further back, so it was even harder to get free points on the serve.

“I thought: ‘If he’s going to stand that far back and I’m getting no love from the court and the conditions – the courts are painfully slow here – why not try it and see if I can bring him forward a little bit again?’

“Wasn’t expecting obviously to get an ace out of it. He was so far back, he didn’t react.

“I was thinking about using it at times in the third set, but [I was] obviously up in the score, was doing a little bit better, didn’t feel like I needed to.

“Certainly when guys are standing there to return serve now, it’s a smart play.

“It’s the first time I’ve ever done it in a match and I got the ace. I served three aces the whole match and one of them was the underarm serve.

“So maybe I’ll try it again in the future if guys are standing that far back.”

In the third round, Murray faces No3 seed Alex Zverev.

Murray will be hoping his good fortunes continue after his wedding ring was returned last week, with the 34-year-old having initially lost it along with the tennis shoes to which it was tied.