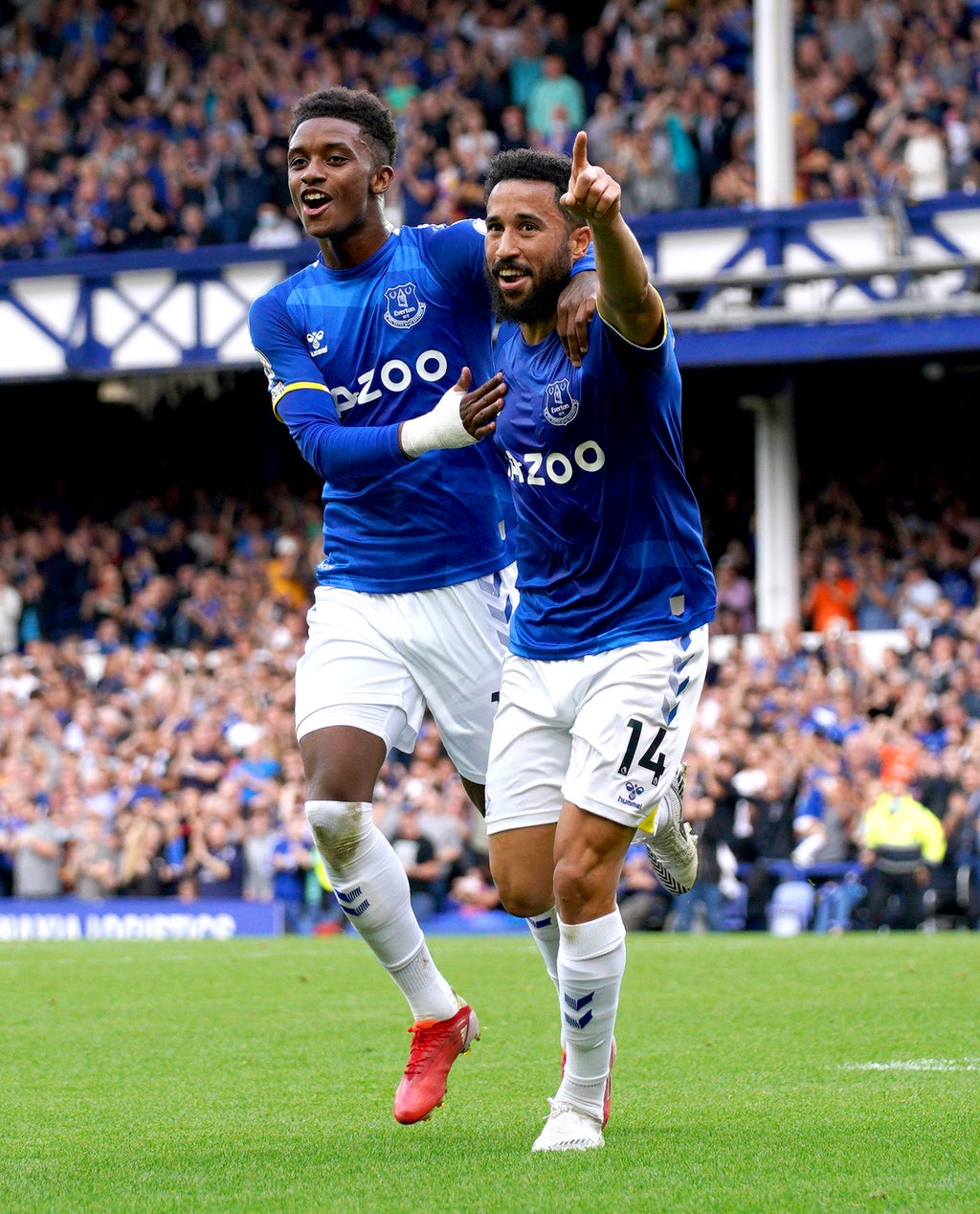 Andros Townsend admits he is “loving it” at Everton and has stressed there is “so much more to come” from them after their good start to the season.

The 30-year-old winger netted his fourth goal in all competitions since his July move to the club as he opened the scoring with a 29th-minute penalty in Saturday’s 2-0 home win over Norwich.

The victory, in which Abdoulaye Doucoure slotted home the second in the 77th minute, made it 13 points from six games so far this term for the Toffees, who are fifth in the Premier League, a point behind leaders Liverpool.

Townsend, signed on a free transfer after leaving Crystal Palace said in quotes on Everton’s official website: “You can see I’m loving it here.

“I’m loving fighting it out at the right end of the table, scoring goals, getting assists (three in all competitions so far). I just need to keep working hard and long may this continue.”

Townsend coolly converted the spot-kick – awarded following Ozan Kabak’s challenge on Allan – past his former Newcastle team-mate Tim Krul who had a few words with him beforehand.

“It’s just mind games,” Townsend said. “I played with him at Newcastle, so he knows where I like to put my penalties. But I just remained focused, picked my spot and, thankfully, I managed to get the better of him on this occasion.”

Speaking about Townsend, holder of 13 England caps, in his post-match press conference, Everton boss Rafael Benitez said: “I knew Andros from my time at Newcastle and I kept a relationship with him.

“I was surprised such a good player and professional was available. As soon as we could do something, I was in contact and he was very keen to come.

“He had a couple of offers but he decided to come here, and it’s just a confirmation of what I was expecting – a player who can make the difference with his assists, his crosses, and also scoring goals now.”

Having brought Benitez in as successor to Carlo Ancelotti in June, Everton have gone on to win their first three home games of a season for the first time since 1989.

Saturday’s result was achieved with several players still unavailable due to injury, including forward pair Dominic Calvert-Lewin and Richarlison.

Townsend said: “We knew we had to step up – myself, Dimi (Demarai Gray), Sal (Salomon Rondon) and Alex (Iwobi) – while the two talismen are out injured and, thankfully, so far we’ve managed to do that.

“We have to keep chipping in until we get them back, then really take stock and see how good a season we could have.

“There’s so much more to come from us. Seeing our position in the table gives us confidence but until you’ve played everyone once, you can’t really look at it too much.”

Rock-bottom Norwich, promoted as Championship title-winners last term, are yet to claim a point this season, losing to Liverpool, Manchester City, Leicester, Arsenal and Watford prior to Saturday’s contest.

The Canaries’ push for an equaliser at 1-0 down saw Mathias Normann bring two decent saves out of Jordan Pickford and Ben Gibson just fail to connect with a header from a good position.

Boss Daniel Farke – who claimed the penalty decision was incorrect, and that Everton’s Lucas Digne should have been given a second yellow card for a handball – said: “When I see such a performance, such unity and commitment, if you can maintain this and not let the negativity come in, then we have a great chance of securing points pretty soon.

“We definitely have the players to achieve our targets, I am 100 per cent convinced of this group. It is just important we find our momentum quicker than later. We will keep going.”