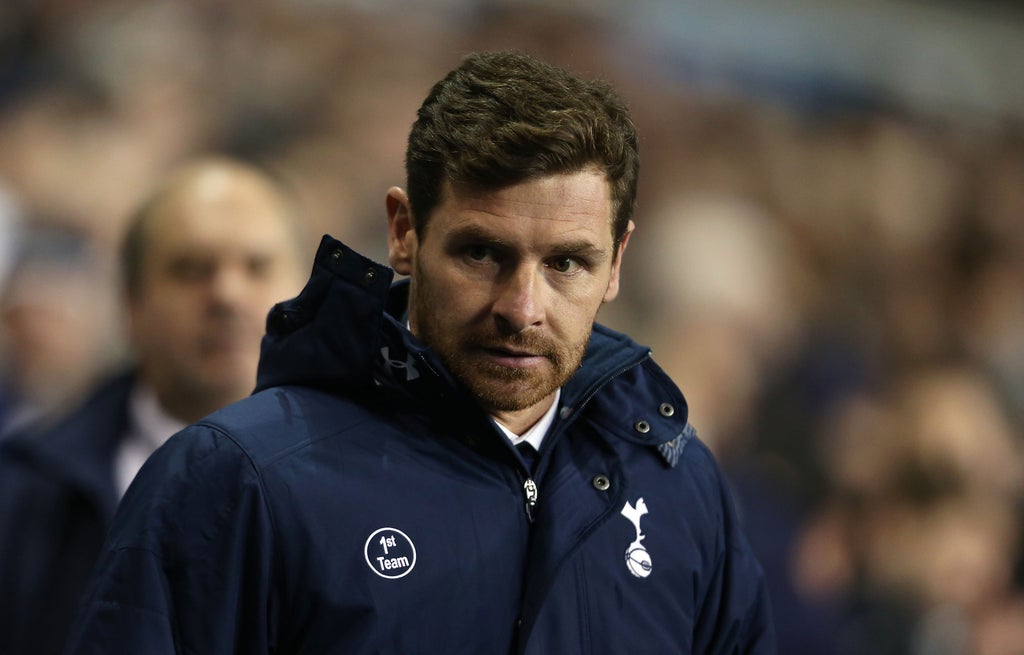 The Italian has been appointed Spurs’ new head coach on an initial 18-month deal following the sacking of Nuno Espirito Santo on Monday.

Although his appointment is a coup for the north London club, given their fall from the top of the English game, his combustible character could put him on a collision course with Levy – a notoriously hard person to work with.

Villas-Boas found out that first-hand during an 18-month stint that ended in 2013 after a fall-out involving director of football Franco Baldini.

The Portuguese currently out of work following his exit from Marseille earlier this year, said at Web Summit in Lisbon: “Conte was very successful at Chelsea and Inter Milan, he can do a good job.

“He is one of those people who puts people into the peaks of performance by motivation, by determining objectives, I think he can be a good fit, depending on that link up with the top.

“In football you always reach stages where that link up to the top has to be there and when you look up most likely it is not there any more. If that link up is fine tuned it can maybe be a good fit.

“I don’t want to turn this into a criticism of Daniel. Everybody has their ups and downs, their strengths and weaknesses, but Daniel is not an easy person to deal with. I said that when Jose (Mourinho) went there and I was at Marseille.

“There are a lot of things that have to be said frontally, face to face, each side with truthfulness. But sometimes they look like they don’t happen that way.

“Coaches have to be judged on their performance, I agree. We lost, miserably, two games that led to us agreeing terms for me to leave but he’s not the easiest person to deal with. But what is easy right now in football?

“But for Antonio it will be a challenge, a great challenge.”

Villas-Boas was sacked after a 5-0 defeat to Liverpool in December 2013 which capped a poor start to the season.

In his only campaign in charge, the former Chelsea boss delivered the highest points tally in the Premier League era at that point, but that was still not enough to stay in his job.

“Listen, it’s nothing new what happens in Tottenham,” he said of Nuno’s sacking. “I think we have all been through that process in the last few years.

“On the other hand, fortunately for us coaches, sometimes it produces results, but at Tottenham, not quite. That’s the only difference when we think about the changes of manager that happened there, but nothing new.

“To this day I still have the best win ratio at Tottenham, despite how people portray me over there. So not even that was sufficient to keep me in the job.

“In my only full season, I got the record points total in the Premier League for the club, although Mauricio Pochettino then beat me by a few.

“We have a Premier League winning coach in Antonio, going to a club with the best stadium in England and the best training facilities in Europe or the world. But you always see that something is missing.

“It’s up to Daniel and (owner) Joe Lewis to decide what they want for the organisation but it’s a difficult organisation because of that lack of clarity.”

Villas-Boas’ reign ended on a sour note after a fall-out with Baldini, who was speaking to Levy behind his back. The Portuguese was also unhappy that he was not offered a new contract in the summer of 2013 having turned down interest from Paris St Germain.

“The Tottenham story was a pity,” he said. “We were a very good group and very unlucky not to qualify for the Champions League, by a single point, and that was the difference sometimes between how people portray success and failure.

“I say the results say I was the most successful coach in the history of Tottenham in terms of win percentage and I will keep that for myself.

“No regrets because when I didn’t go to Paris St Germain in the summer I didn’t go because I thought we were building something special at Tottenham.

“I thought the love was reciprocal. When I found out people were actually kicking me out of the door, that is when things turned nasty.

“I am a highly emotional and highly principled person and for me not to have renewed my contract at the end of my first season at Tottenham is something I will never forgive those people for.

“It looked like a moment where we could create a great dynamic with the arrival of Franco and it turned out to be a nightmare. To do this day I was proven right.

“But I have the greatest memory of the Tottenham fans, the ambiance of White Hart Lane, I have very good memories of the supporters. For me and my history at Tottenham it is like I don’t exist any more.

“This is how people treat you when you are kicked out of the door. That is the nature of football and it is very sad.”