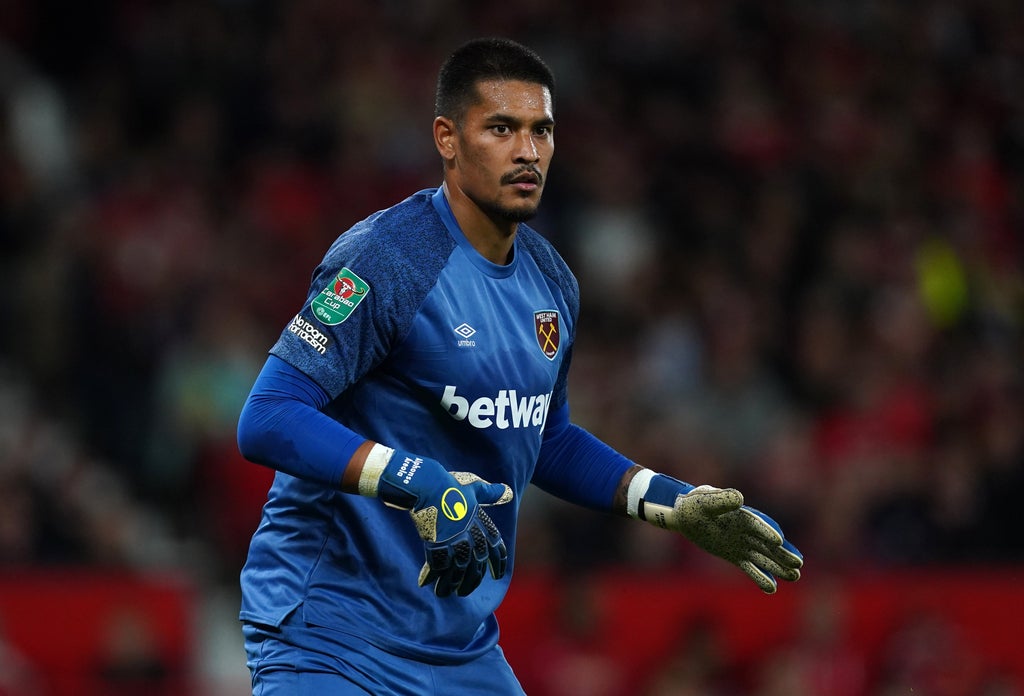 Alphonse Areola helped West Ham to victory at Manchester United on his debut for a club he believes have the quality to make this a season to remember.

After 17 winless visits to Old Trafford stretching back to 2007, the Hammers finally triumphed in the north west thanks to Manuel Lanzini’s early strike in Wednesday’s Carabao Cup third-round tie.

Areola was among the best performers in West Ham’s 1-0 victory, producing some important saves as the France goalkeeper made his first appearance since joining on loan from Paris St Germain.

The 28-year-old knows a thing or two about success having been part of France’s triumphant 2018 World Cup squad, as well as title-winning PSG and Real Madrid teams, and believes David Moyes’ side can enjoy a fruitful campaign.

“I was happy to start and to help the team win that game but I think all of the team did a great job and that we kept our goal with a clean sheet,” Areola, who spent last season on loan at Fulham, said.

“One thing is that I will enjoy tonight with the team. That is the most important thing. I am happy with my performance, tonight we have to enjoy that win against a big, big team.

“We have to keep that and try to keep that game as a reference and show that we are a team who are playing for something.

“I think we have a good group with quality and we are all focused on one thing, to win. For me I think we can go far in every competition. The gaffer changed the team and we responded really well, everyone can play in that team and perform and help the team.”

Areola is fighting with long-serving number one Lukasz Fabianski for the starting spot at West Ham, who made 10 alterations from Sunday’s 2-1 Premier League loss to the same opposition.

It was a spirited response to that defeat and particularly sweet for former Red Devils boss Moyes, who the goalkeeper continues to build a relationship with following his summer arrival.

“We are just talking to each other,” Areola said. “We are happy for him. We are playing for him as well. As a team we are really happy to win that game.

“Manchester United is a big club so it shows that we are at a level to really compete against that kind of team. Great atmosphere, good group and we work for the wins.”

Progress to the Carabao Cup fourth round means a clash with perennial competition winners Manchester City at the London Stadium next month.

“Oh another big game,” Areola added. “If you want to win something you have to beat every team. We are competitors and we want to win and against big teams. We recover and prepare for Saturday first.”

Ole Gunnar Solskjaer made 11 changes on Wednesday night and is set to rotate again this weekend, when he wants a response from the group.

“The first 10 minutes we were slow, pedestrian both in possession and out of possession,” the Norwegian said. “That is something we have to address and we do address. I wasn’t very pleased with the start at all, no.

“The response was great again but we can’t find ourselves in these situations and expect to get the wins that we have done, fantastically in the last year and a half. We need to start games better.”