‘We’d be champions in pretty much every league, but not here’: Alisson reveals frustration at coming up short in title race, while Jordan Henderson admits Liverpool players were in the dark about Man City score during dramatic final day

Liverpool players Alisson and Jordan Henderson have expressed their frustration on missing out on the Premier League title to Manchester City.

City’s dramatic 3-2 win at home to Aston Villa, having been 2-0 down with around 15 minutes remaining, meant there was nothing Liverpool could have done to have wrestled the title back off the Manchester side.

Liverpool trailed 1-0 early on to Wolves but recovered to perform their side of the bargain, albeit ultimately in vain, to win 3-1 at home. 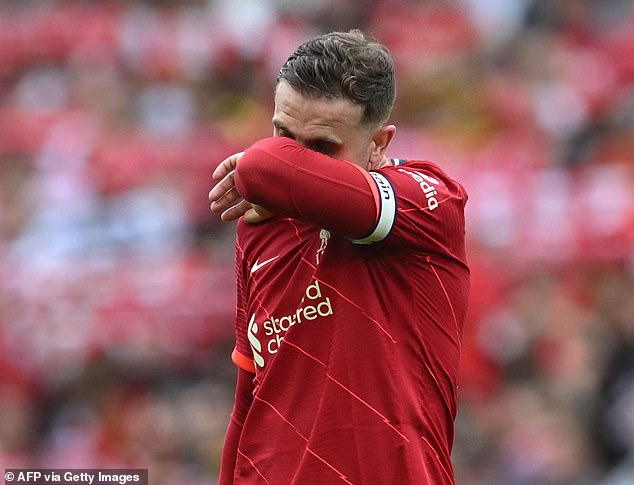 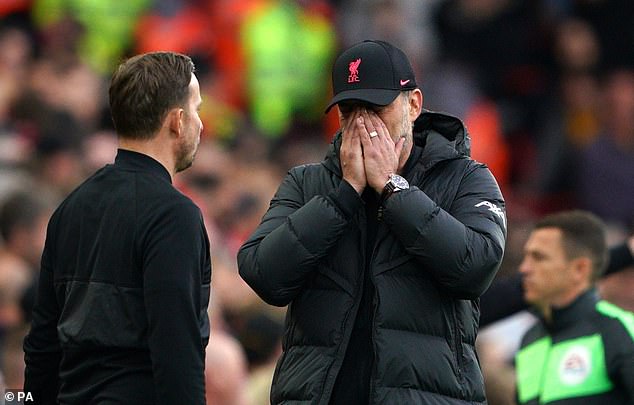 Speaking after what turned out to be a disappointing final day for Jurgen Klopp’s side, goalkeeper Alisson said it was a difficult pill to swallow but that they had to be ‘really proud’ of all they’ve achieved.

He told Sky Sports: ‘With 92 points you’d be champions in pretty much all the leagues in the world, but here you aren’t. Sometimes you have to do more.’

‘We’re not going to be negative and look at games where we dropped points. Every game in the Premier League is a fight, the standard is so high,’ he added. 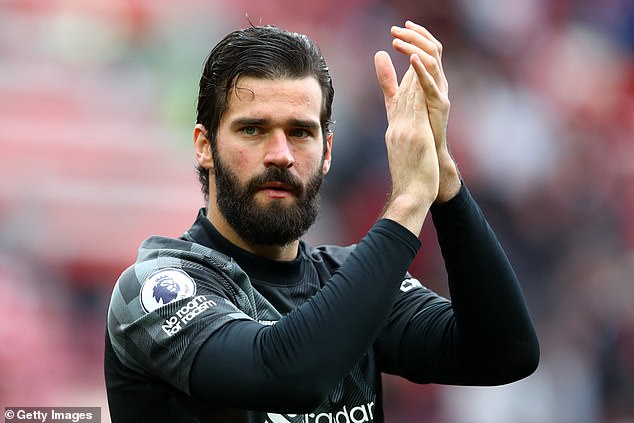 In the end, the post-match lap of honour was merely a send off for Paris next weekend

He was asked about whether or not the players were aware of events unfolding at the Etihad.

‘We couldn’t be too aware of things that were happening in their game. We were really focused on our match,’ the Brazilian responded.

‘We heard the fans shouting and celebrating a few times, so we knew something had happened. We were really focused on doing our job. 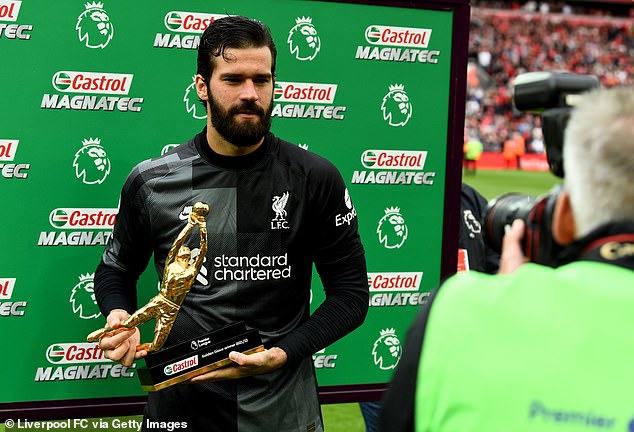 Alisson said he was pleased to have won the Golden Glove award, alongside Ederson – and dedicated it to his teammates

‘We got the win and the points, but it wasn’t enough. We’re frustrated because we worked really hard to get the title, but we have to be really proud. Congratulations to Manchester City.’

Alisson said the club’s attention would turn to Saturday’s Champions League final, but not before they had got over the frustration of missing out on the Premier League title.

He said: ‘Today we’ll forget that we’re in the Champions League final because it’s frustrating, but from tomorrow we’ll start to think about the final and go on.’ 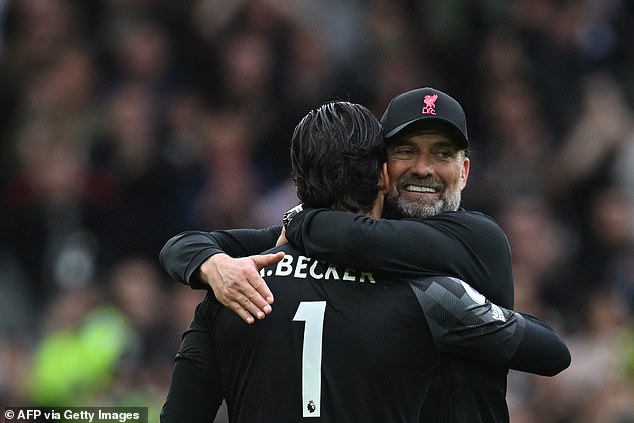 Alisson also spoke of his pride at winning the Golden Glove award, awarded to the goalkeeper with the most clean sheets. Him and Ederson shared the award this season with 20 clean sheets each.

He said: ‘I’m happy with the Golden Glove. It’s an achievement from the whole team – it’s not just me.’

Meanwhile, Henderson also spoke of his frustration at missing out on the league but his pleasure at coming through a ‘tough afternoon’.

‘It was a tough afternoon for us, we didn’t play particularly well. We went a goal behind and a few nerves today but in the end we came through well. We kept going and found a way to win which was pleasing,’ he said to Sky Sports. 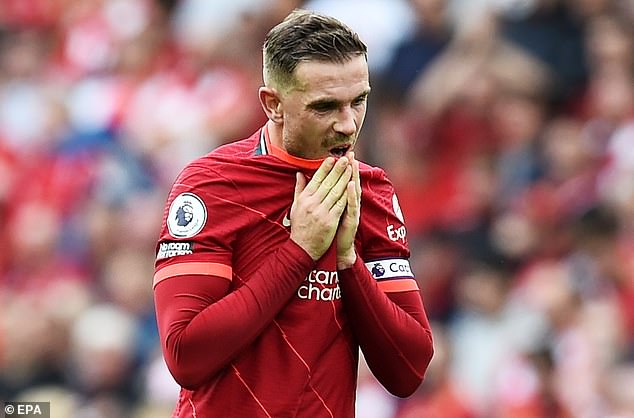 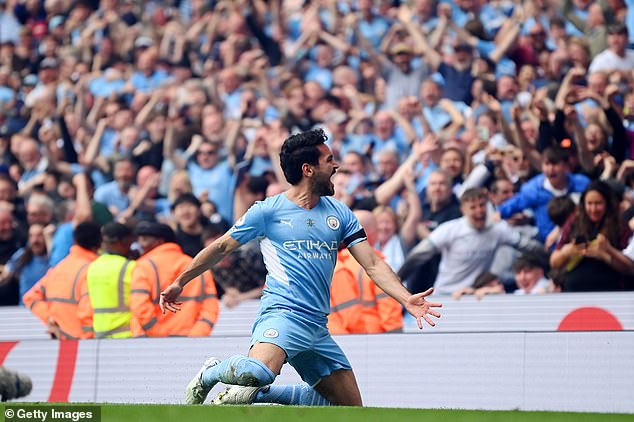 Before also being asked about whether he was aware of City’s fortunes.

‘Not really,’ the Liverpool captain said. ‘The crowd were cheering but we did not know the score. We focussed on what we needed to do and got the job done in the end.

‘We have been in this position before and it is tough when you keep hearing cheers. We kept believing and we found a way today to get the three points but it was not enough today.’

Henderson also tried to look ahead to next week’s date with Real Madrid in Paris to soften the blow.

‘The lads have given everything until the last day but it is not over yet, we still have a game next week,’ he said.

‘Congratulations to City but focus on a huge match against a very good side. We have to be at our very best if we want to come away with the trophy.’