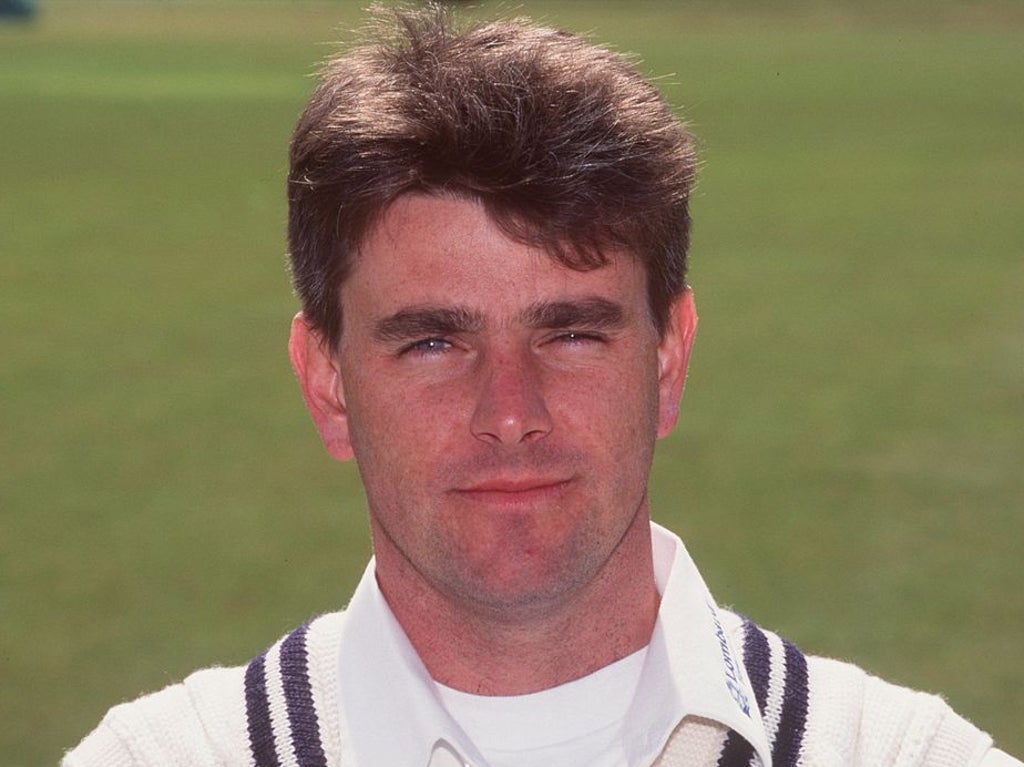 The Professional Cricketers’ Association has announced the death of former Kent and England international Alan Igglesden.

The seam bowler played three times for England between 1989 and 1994 but was diagnosed with an inoperable brain tumour in 1999.

Igglesden would then go on to suffer a stroke in 2020 and his death was confirmed by the PCA on Monday.

“The PCA is deeply saddened to learn of the passing of Alan Igglesden, who died peacefully at the age of 57 beside wife Liz, father Trevor and brother Kevin on the morning of Monday 1 November, whilst listening to his favourite musician Van Morrison,” a statement read.

“An absolute inspiration to everyone he encountered, ‘Iggy’ was a true cricketing giant in Kent, the county where he spent his entire playing career.

“Throughout his journey, Iggy’s strength and courage in the face of adversity were nothing short of inspirational.

“Beloved by his students throughout his time in teaching, he went on to father one daughter, Beth, now eight years of age, as he built a family of his own alongside Liz.”