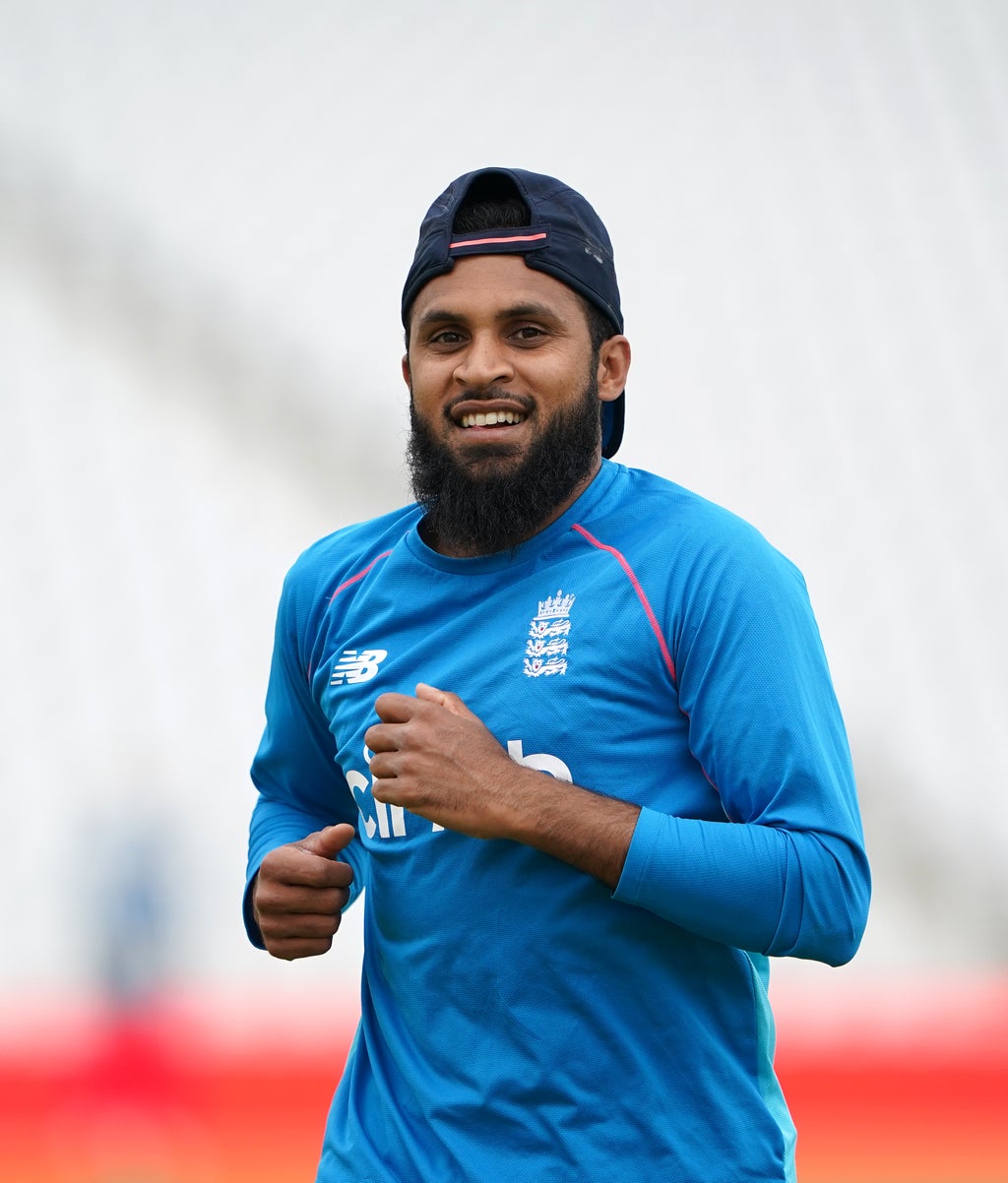 Adil Rashid revealed he is no longer burdened by a chronic shoulder injury, meaning he can concentrate on England’s T20 World Cup campaign without nagging doubts when he is bowling.

The leg-spinner needed two cortisone injections on his bowling arm to get through England’s 2019 50-over World Cup success, where he took just 11 wickets at an average of 47.81 in a tournament where most slow bowlers struggled.

He continued to be troubled by the issue for months afterwards, hampering his ability to get through his full repertoire, and the the problem was a contributory factor in him ruling out a return to the Test side last year.

But painstaking rehabilitation and strength and conditioning work in the last couple of years have got him into a favourable position where he can focus firmly on England’s aspirations to do the World Cup double.

“In terms of fitness, body I’m 100 per cent fit,” he said. “Since the 2019 World Cup to now there’s a lot of rehab and strength and conditioning I’ve had to do, but at this very moment I’m fit and healthy.

“I’m still looking after myself in terms of going to the gym and making sure that I do the work, not just giving up.

“The benefit of that is being able to do bowl whatever I want, when I want, how I want, what pace, without anything in my mind of being in pain or any discomfort that something may go wrong.

“It definitely gives me that mindset that I can go out there and bowl as I want without anything in my mind of any injuries or anything.”

Rashid started this tournament with handsome figures of four wickets for two runs against the West Indies mopping up the tail, while he had an understated but important return of one for 19 in four overs against Australia.

After Australia were restricted to 125 all out in Dubai Jos Buttler took centre stage with a destructive 71 not out from 32 balls as England demolished their old rivals with eight wickets and 50 balls to spare on Saturday.

“He’s done that many a time over the years,” Rashid said. “It’s the variety of shots he’s got, the power he’s got, the fearlessness, putting bowlers under pressure.

“All this combined makes him one of the best white-ball batsmen in the world. We’re very lucky to have him. If he’s in the same mood he was in (against Australia) it would be pretty tough (to stop him), whoever’s bowling.”

England have started their campaign to become the first side to hold both limited-overs World Cups simultaneously with three commanding wins, putting them at the top of their Super 12s group and on the verge of a semi-final spot.

But they have little time to bask in their victory over Australia as Sri Lanka await in Sharjah on Monday and Rashid is adamant England are already zeroing in on their next opponents.

“We don’t look too far ahead,” Rashid added. “We don’t think about winning the World Cup, that is still a long way away. we’re not thinking about that.

“Whatever’s happened now has gone, that’s in the past, so whatever lies ahead, our minds are set on that. We’re taking it a game at a time, next we’ve got Sri Lanka so we’re definitely focused on that.”

Mark Wood is rated as 50-50 for a return against Sri Lanka, with the express fast bowler missing England’s wins over the Windies, Bangladesh and Australia because of an ankle injury that has required a pain-killing injection.