A ‘trophy’ for Tottenham! Spurs win the Premier League’s new ‘Most Improbable Comeback’ award for their turnaround at Leicester, where their ‘win probability’ dropped to 0.02%… before 95th and 97th-minute goals

Tottenham‘s season has ended with an award for the Premier League‘s ‘Most Improbable Comeback’.

It has been handed to Spurs for their incredible 3-2 victory over Leicester at the King Power Stadium back in January.

Four minutes into stoppage time, Antonio Conte‘s side were 2-1 down, only for Steven Bergwijn to score in the 95th and 97th minute to clinch three points – which ultimately proved pivotal in the race for Champions League qualification. 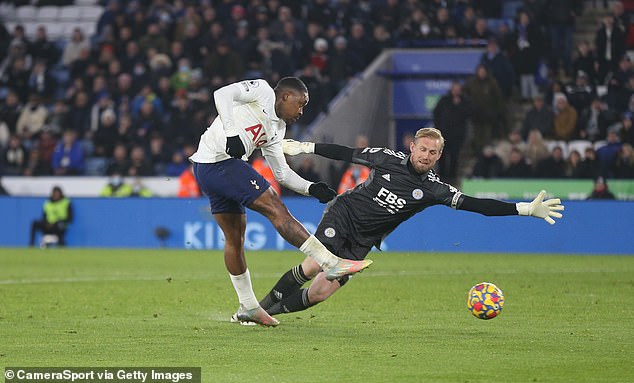 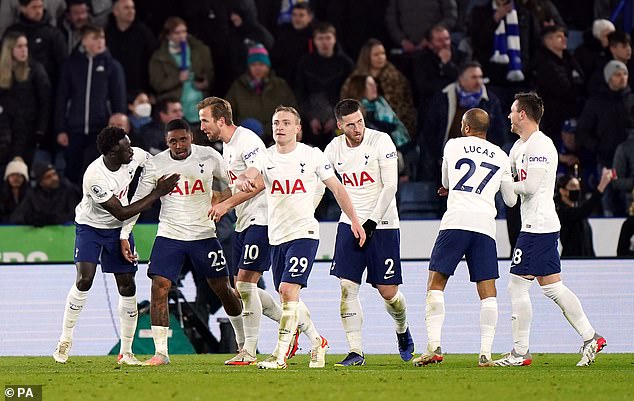 Tottenham had just a 0.02% chance in stoppage time of coming back to beat the Foxes

In a video posted by the Premier League’s official account, Tottenham had a win possibility of just 0.02% as the game entered stoppage time.

That increased to just 1.5% when Bergwijn netted the first of his two last-gasp goals.

Spurs claimed the inaugural award on the basis that their 0.02% chance, was the lowest probability of victory of any moment from any game in the Premier League this season. 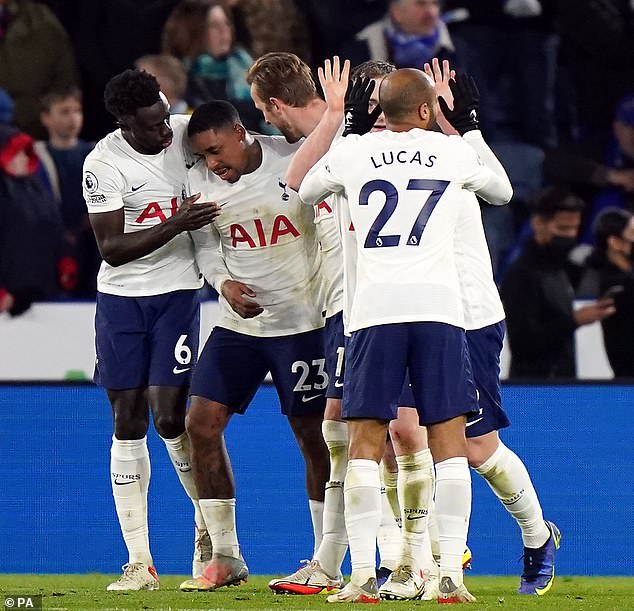 The ‘win probability statistic’ developed by Stats Perform, calculates the chance of a team securing a win or draw by simulating the remainder of the match 100,000 times.

Their award win got a mixed reaction on social media in response to the Premier League’s official account.

One user commented: ‘Warra (what a)  trophy for Spurs’, while another used wrote: ‘Since when did the Premier League turn into an award show? Swear they’ve created a dozen new categories this season.’

Tottenham have famously been the victims of defeats like the one Leicester suffered, with many pundits and fans using the word ‘Spursy’ to describe such a situation.

Conte’s side were on the other end against Leicester however, with Mitch Fretton writing: ‘What a Spursy comeback’, while another fan replied: ‘But what about Spursy?’

Leicester had a taken a 2-1 lead against Spurs thanks to goals from Patson Daka and James Maddison.

Bergwijn who came off the bench after 79 minutes, looked to have earned Conte’s side a valuable point deep into stoppage time. 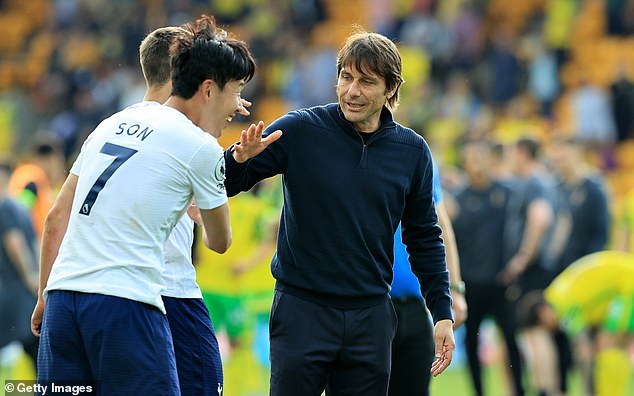 Since when did the Premier League turn into an award show? Swear they’ve created a dozen new categories this season

But what about Spursy????

Caglar Soyuncu failed to deal with a long ball over the top to Matt Doherty allowing the Dutchman to fire home five minutes into stoppage time.

Youri Tielemans then failed to play it safe from restart and Tottenham hit Leicester on the counter.

Harry Kane, who scored Tottenham’s first goal of the match, fed the ball to Bergwijn who rounded the keeper to win the visitors the match.

It was an incredible cameo by Bergwijn who only scored one other goal in the Premier League all season.

Tottenham finished the season just two points above Arsenal to seal a Champions League place – something which might not have happened if it wasn’t for their dramatic comeback at the King Power.