I first started rooting for the Cleveland Browns more than 50 years ago. It was about six years after the team had won the 1964 championship against the Baltimore Colts behind the running of Jim Brown, the passing of Frank Ryan and a stout defense.

I was 2 months old when Cleveland won that “chip,” its last ever. In an attempt to get back to the top of the NFL some 57 years later, the Browns signed a player they think can restore the magic of Ryan and Brown. Deshaun Watson received the biggest contract in club history, for the most guaranteed money in league history, a deal that will pay him $230 million over five seasons.

Watson also has another distinction: Twenty-two massage therapists and other women have accused him of sexual assault, sexual harassment and additional inappropriate behavior while he was with his former team, the Houston Texans. Each woman has filed a lawsuit. 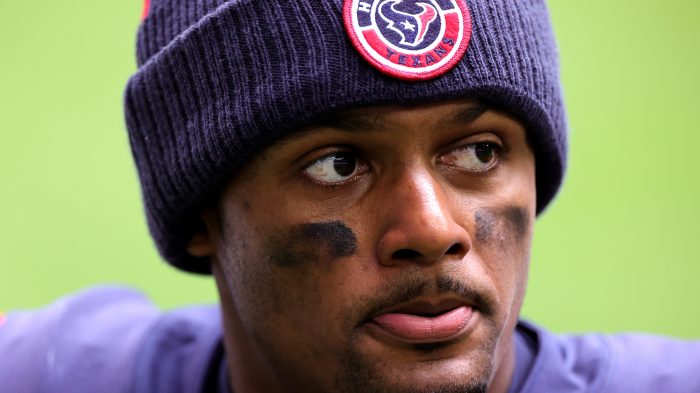 How the city of Houston is dealing with Deshaun WatsonRead now

The allegations didn’t stop numerous teams from entering the Watson sweepstakes, once a Texas district attorney announced that a grand jury decided not to pursue criminal charges. And the Browns, with their historic offer, prevailed.

Now, as a lifelong fan and season-ticket holder, I’ve had to figure out if this team is still worth supporting. Football has been a critical part of my life since I was a boy playing it on the playgrounds in my East Cleveland neighborhood in the late ’60s. As a teen, I sold hot dogs with the famous “stadium mustard” that supposedly could only be found in Cleveland. As an adult, I became a season-ticket holder right after the team managed to lose all 16 of its games in 2016. I guess I was buying in low.

I’ve watched the Browns in recent years get more desperate as they tried to build a championship roster. Many great players don’t choose to come to Cleveland. And the Browns have been poor evaluators of college personnel over the years.

One way around that front-office incompetence is to try to find value in players who might not come to your team or stick with your team unless you overpay to get them or let them stay despite off-the-field trouble. There’s a long list of these flawed players on the Browns in recent years. Watson is now one of them. Running back Kareem Hunt is another.

I love the Browns. They were often a distraction for me as I grew up on some of Cleveland’s meanest streets. But with the Watson signing, after some of the others, I’ve asked myself is it worth it. The answer to that is that if I thought it would change anything, I would probably not support the team financially. Yet I don’t believe trying to cancel this product that’s so dear to me is the way to make a meaningful change.

Other Browns fans, though, say they’ve had enough.

“Officially done w/ @Browns,” one fan wrote on Twitter. “This is morally repugnant & I want no part of it. Contacted my ticket rep to let him know to cancel everything.”

Watson is accused of crimes that have put many other men behind bars. You can read this summary of the lawsuits against him here. It’s bad stuff and includes allegations that he ordered massages and touched the female workers with his penis and forced some to give him oral sex. An attorney ended up filing 23 lawsuits on behalf of plaintiffs (one suit was later dropped).

Watson has professed his innocence through his attorney and on social media, but he’s not spoken to the media or said anything else in public about the allegations. The NFL is investigating the claims. That Texas grand jury heard evidence for six hours on March 11 and decided there wasn’t enough evidence to indict the quarterback.

The decision to not charge Watson set off the derby to sign Watson and now the civil cases are front and center. Many fans and pundits have adopted the “where there’s smoke, there’s fire” belief. Given that 22 women are proceeding with lawsuits against him, few of the critics believe Watson is without some culpability. 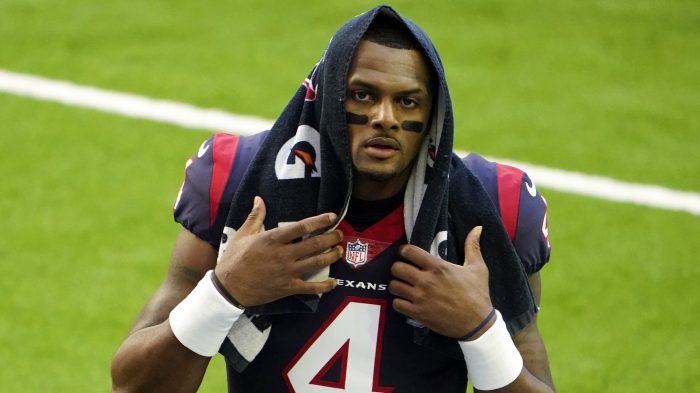 From prized QB to pariah: What don’t we know about the Deshaun Watson situation?Read now

I’m in that camp, for sure. There are just too many complainants and too many specific details from different accusers for me to look at these circumstances and say they’re all part of a conspiracy targeting Watson. I believe that the Browns, who said they did a thorough investigation into the matter that didn’t include talking to any of the women or their attorney, have to know this.

Watson is a highly compensated professional athlete. Many fans ask more of professional ballplayers. They want them to uphold a high standard for behavior. They’re appalled at the notion of Watson propositioning massage therapists who are trying to make a living to support their families.

What he is alleged to have done is reprehensible, whether the district attorney can figure out a way to file charges or not. Others have written about this aspect of the Watson saga and have said it well.

My goal here is not to regurgitate what’s already been said. But it’s to provide the view of one longtime Browns fan, one who has been invested in the team since childhood and who drives or flies to most home games, even though I live nearly 500 miles away. 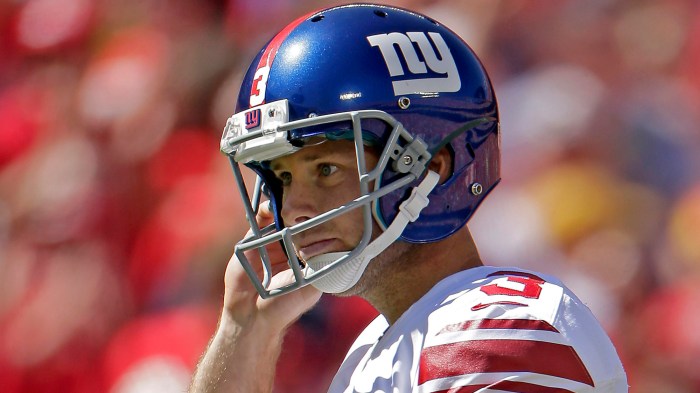 I think the easiest thing for someone like me to do would be to withdraw support from the team. Certainly if the women accusing Watson are brave enough to file a lawsuit, knowing full well their names might end up before the public, that’s the least that I can do.

Yet I fail to see how that would help things. Teams have been signing ogres as long as they’ve believed the most important thing is winning. The Browns have drafted and signed players who have had criminal records or other such allegations of wrongdoing since 2016. Watching the team at work for as long as I have, I think they’ve become more desperate to win over the years. The fact that the other in-state NFL team reached the Super Bowl this year, something that the Browns have never done, only increased the pressure on the Cleveland front office.

Watson is, indeed, a rare talent, one that the Browns decision-makers have been looking for for a couple decades. Most superstar professional athletes have not willingly come to play for the Browns. Odell Beckham Jr. is one of the few who have agreed to a trade to Cleveland in the prime of his career. Cleveland is a relatively small sports market where the weather is often not good and the nightlife is quiet, relatively speaking. It’s not Miami or New York.

The Browns signed Watson, even though he’d become a pariah, hoping the stench would blow over after the initial wave of criticism. But the Browns also took it a step further, and that’s infuriating critics as well. They backloaded his megadeal so that he’s only making about $1 million in salary in his first year, which is when a suspension might kick in. This way he’d only lose about $57,000 for each game if he’s suspended instead of millions per game.

Some people would say that’s a smart business move on the part of Watson’s agent, but I believe the team could have pushed back on that aspect of the deal to maintain some integrity. And, if Watson decided to go elsewhere because of that, then so be it. They would have stuck with Baker Mayfield at quarterback and, win or lose, kept some dignity. 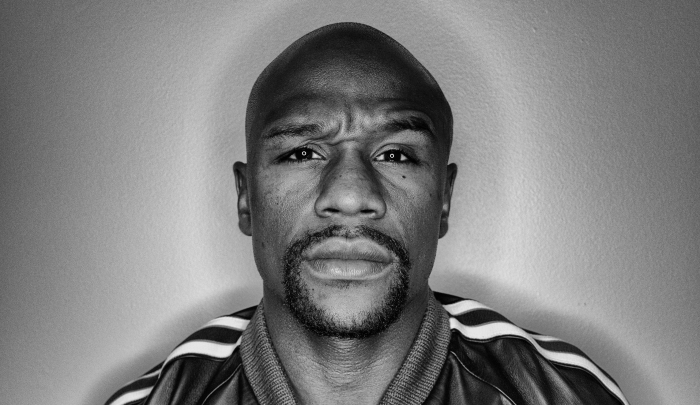 Why Floyd Mayweather can still box after beating womenRead now

What makes this deal difficult for the paying public is that many fans leaguewide know that Watson could have joined their team. The Browns aren’t unique in wanting to sign him. Atlanta, New Orleans and Carolina are the other teams that were mentioned as in the running for Watson’s services. Yet the NFL is a league where two of its most prominent teams, the Washington Commanders and the Dallas Cowboys, have recently dealt with sex-harassment scandals involving front-office personnel.

You can say the Browns are only operating within the rules everyone plays by. The NFL is America’s most popular sport and it also has some of the most obnoxious behavior by some of its best players. Teams in the league have shown over and over that they’re willing to risk keeping a bad egg on the roster or signing a star with allegations as long as that player’s talents fills a critical need.

The Kansas City Chiefs drafted Tyreek Hill, knowing he had punched his pregnant girlfriend in the stomach, among other offenses, causing his college team to get rid of him. The Browns, in 2019, signed Kareem Hunt, even though those same Chiefs released him after a videotape showed him kicking a woman at a hotel. And then there’s the Pittsburgh Steelers. For the last decade, they’ve played now-retired quarterback Ben Roethlisberger, who settled a lawsuit with a woman in 2012 after she had accused him of sexually assaulting her in 2008. Another woman accused Roethlisberger of similar behavior in 2010 and sued as well. That case was tossed out.

As a man, I want to learn how to be a better ally to women. As I’ve thought about the Watson signing in the past few days, I’ve heard from female colleagues and others whom I admire and respect. It’s dawned on me that a lot of men only care about these issues when they’re right in front of us, like now. Not supporting the Browns isn’t going to cause me to help the situation. But giving stronger support to sexual-assault victims and the groups that support them could help.

As a Black man, I see how pernicious racism is and how it’s adversely impacted my life and the lives of all my family members. That upsets me. I want racism to go away and often think about how someone could be racist and what causes them to be that way. I need to put that same effort into understanding misogyny.

If the Watson signing by my favorite football team has done anything, it’s opened my eyes.

Whether I go to a football game or not isn’t that relevant.

Whether I put my money where my mouth is to support women and to support victims of sexual assault, that’s what’s important. Every year, I donate money and volunteer my time to groups that work with Black boys. Now I’m going to redirect some of that money and time to groups that help girls and women, especially victims of sexual assault. And I’m going to talk to the boys I help about treating women with respect.

Dwayne Bray is a senior writer for Andscape. He writes about topics ranging from general sports to race relations to poverty. He previously ran ESPN television’s award-winning investigative team and is a die-hard Cleveland sports fan.